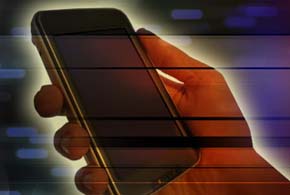 Just 10 months old, HTC’s One M8 smartphone will reportedly be replaced with the new M9 edition in March, while the company is also planning the release of its first smartwatch aimed at consumers.

Both devices are slated for release in March, around the time of the huge Mobile World Congress conference in Barcelona, Spain, according to a Jan. 19 report by Bloomberg.

The new smartphone, code-named the M9, will be updated with a better built-in 20MP rear camera and improved audio capabilities, the news story reported, as well as an HTC UltraPixel front camera.

In addition, “the UltraPixel sensor developed by HTC features fewer, larger pixels designed to get clearer images in lower light,” the report continued.

The new HTC smartwatch, meanwhile, is expected to be able to link with Under Armour’s fitness service, Bloomberg reported, under an agreement the two companies recently reached.

HTC released its existing One M8 smartphone in March 2014, according to an earlier eWEEK report. The M8 is a feature-rich phone that includes a 5-inch full HD 1080p display, curved edges, a curved back and a full gunmetal facade with a brushed hairline texture. The phone measured 146.4mm by 70.6mm by 9.35mm.

The M8 also received added sensors, so the phone can do things like answer a call when it is lifted to a user’s ear; it also has improved battery life. Instead of pressing the power button to check the time—a thing some users do 100-plus times a day, nipping away at battery life—M8 users can view home screen content with a single gesture, without touching the power button.

The last new HTC smartphone, the Desire EYE, was unveiled in November 2014, according to an earlier eWEEK report. The HTC Desire EYE, which was first announced back in October, was available exclusively through AT&T. The HTC Desire EYE smartphone includes a 5.2-inch full-HD 1080p display, a 2.3GHz quad-core processor, 16GB of memory, a 2,400mAh battery and front-facing HTC BoomSound speakers. The phone, which runs on the Android 4.4 KitKat operating system, also includes a 13MP front-facing wide-angle camera with dual LED flash and a rear-facing 13MP camera. The smartphone is also IPX7-compliant, making it water-resistant up to 1 meter under water for up to 30 minutes.

In August 2014, HTC unveiled its HTC One M8 for Windows, which runs Microsoft Windows Phone 8.1 in place of the original Android operating system in the first One M8 devices. The HTC One M8 Windows phone includes an all-metal body; a 5-inch, full 1080p HD display; a Qualcomm Snapdragon 801 quad-core CPU; 2GB of RAM; 32GB of storage; a 5-megapixel, wide-angle front-facing camera; HTC BoomSound front speakers with built-in amplifiers; and a non-removable 2,600mAh battery.