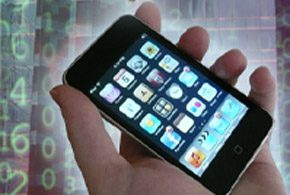 Shortly after Apple’s long-awaited iPhone 5 release to the public, and despite grumbles over a lackluster in-house mapping application and reports of nicked or damaged handsets being sent to consumers (Apple shipped 5 million iPhone 5s on its first weekend), a teardown of the handset by the IHS iSuppli Teardown Analysis Service found the sophisticated device holds several critical changes to product design and parts that enable major upgrades in the user experience, as well as its ability to connect to next-generation wireless networks.

Among the new components suppliers was SanDisk, which contributed the NAND flash memory in the specific iPhone 5 dissected in the teardown. Major Apple supplier Samsung was replaced by other businesses in two notable areas, including NAND flash; Elpida has replaced Samsung as the supplier of the synchronous dynamic RAM (SDRAM) in the iPhone 5 reviewed by IHS. The supplier of the iPhone 5’s battery has also been swapped out, to Sony from Amperex Technology.

“The iPhone 5 exhibits a great deal of similarity to the iPhone 4S in terms of component suppliers,” Andrew Rassweiler, senior principal analyst of teardown services for IHS said in a prepared statement. “But beyond this superficial resemblance, there are some critical changes to product design and parts that enable major upgrades that improve user experience.

“These range from the faster applications processor, to the larger display, to the high-speed 4G LTE air interface. And beyond some of the high-profile changes that bring obvious benefits in performance and features, there are myriad upgrades and enhancements to virtually every component and subsystem in the iPhone 5,” he said.

The addition of 4G Long Term Evolution (LTE) technology had implications for the iPhone 5 design, as well, the analysis revealed. Apple moved to a new model of baseband processor, Qualcomm’s MDM9615M and RTR8600 parts, to allow support for the LTE air standard. The inclusion of LTE technology also forced Apple to depart from its traditional approach of offering only a single model for the iPhone, as its LTE support added such a level of complexity to the radio frequency (RF) front end, that Apple had to create two different models of the iPhone to accommodate their wireless carrier partners, IHS senior analyst for wireless communications Wayne Lam noted in the report.

“While most manufacturers make great effort to simplify designs by minimizing the total number of mechanical parts and fasteners in their products, Apple appears to be going in the other direction with the iPhone 5,” Kevin Keller, senior principal analyst of teardown analysis for IHS, said in a press statement. “The iPhone 5 incorporates even more mechanical parts than previous iPhone designs, resulting in a very complex assembly. But Apple can do this and still produce the iPhone 5 at such low costs due to its capability to leverage its vast army of low-cost labor.”