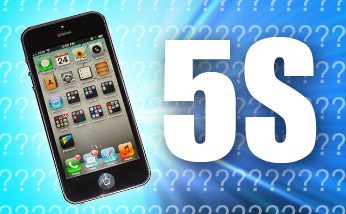 Apple’s iPhone 5S, like all the previous Apple smartphone models that have come before it, has been the subject of rumors for months.

The device, the rumor mill says, will come with the same basic design as its predecessor, the iPhone 5, but will deliver better graphics and processor performance to offer up an overall improved user experience. By all measures, in fact, the iPhone 5S should be better than the iPhone 5 and should put Apple in a better position to compete with other smartphone makers.

But perhaps they shouldn’t. Now, it might be a smart move to wait for the iPhone 5S and see what Apple has to offer. Then, potential buyers would have all the information they would need to decide which model is the best buy.

Here’s why smartphone buyers should wait for the iPhone 5S.

The nice thing about waiting for the iPhone 5S is that it won’t take long before the smartphone actually hits store shelves. Some reports have pegged its launch at June or July, while others say August. But in either case, it won’t be more than four months until the iPhone 5S launches. So why rush?

2. A better processor is coming

3. Apple is expected to include more memory

Apple is expected to bundle far more memory in the iPhone 5S. The memory battle is officially on in the smartphone market. The more memory products have, the more likely they are to open applications quickly and efficiently run multiple programs at the same time. More memory is a good bonus.

iPhone 5S Is Worth Waiting For: 10 Reasons Why

5. An even thinner design, as usual

Every year that Apple launches a new smartphone, the company touts just how thin it makes its phones. Thinner designs are always welcome, but according to the latest rumors, the next iPhone will be Apple’s thinnest yet. That’ll be nice for road warriors.

6. See what happens with T-Mobile

Apple only recently signed a deal to bring the iPhone to T-Mobile. Now that the mobile service provider is delivering all kinds of new plans and ideas, that could go a long way in transforming how people obtain wireless services and how much they pay. If that experiment goes well, it might make current Verizon, Sprint or AT&T customers think seriously about switching to T-Mobile. So, why not wait and see how it goes?

7. The iPhone 5 is already obsolete

The iPhone 5 is already becoming outdated. The device lacks the big 5-inch screen found in the Galaxy S 4 and the high-end quad-core processor found in many of the latest Android flagship devices, including those from LG. Why buy the iPhone 5 now, when its successor will have the CPU and features that will enable it to compete more effectively with rivals?

8. Would a Mini satisfy you?

There has been plenty of talk lately of an iPhone Mini hitting the market at some point this year. That device, the reports claim, will be slightly smaller than the iPhone 5 and 5S and come at a cheaper price. Best of all, it’ll run the same operating system and have a thinner, lighter design than its big brother. It might be worth waiting to hear about the iPhone Mini before buying something now.

If the Samsung Galaxy S 4 hasn’t been enough to change your mind about the iPhone 5S, perhaps waiting a little while longer to see what other Android devices might launch could do the trick. Between now and the summer, several Android-based handsets are expected to be made available, and some of those might prove nicer than the iPhone 5S. Consider that before making the leap to Apple’s next handset.

Each year that Apple launches a new handset, the company reduces the prices of those that were previously available. So, the iPhone 5, which is available at a starting price of $199 now, might drop down to $99. And the iPhone 4S could be made available for free. So, those eyeing an iPhone now might want to wait some time to get those devices cheaper.