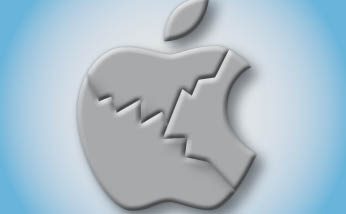 Apple’s iPhone isn’t what it used to be, some say. The device, while still wildly popular and selling more units each year, has been hit by some increasing doubt over whether it can remain the dominant force in the mobile industry.

Devices such as Samsung’s Galaxy S III have spurred some of those conversations, but so too have Apple’s mistakes and missed opportunities. In the process, some can’t help but wonder if the iPhone will be hit with declining demand in 2013.

Of course, declining demand is a relative term. In the iPhone’s case, it doesn’t necessarily mean that sales will plummet. Instead, it’s possible that iPhone sales growth slows this year. It’s also possible that, in the worst-case scenario for Apple, it will actually see shipments drop in 2013. Regardless of the scenario, it appears increasingly likely that the iPhone’s demand among consumers and enterprise users will slow to some degree in 2013.

Don’t believe it? Read on to find out why:

Today’s mobile customers want power. They want to know that when they break a product out of the box, they’re getting something that can handle their games, will deliver the best performance and will not be obsolete in a year. But looking around the mobile space, Apple is losing the power war as companies like Samsung deliver products with faster processors and better graphics chips. Customers are starting to realize that.

Apple isn’t just losing when it comes to power. From the standpoint of comparative specifications, the company’s iPhone is starting to lag behind competing devices. The device’s 4-inch screen, for example, is nearly one inch smaller than its chief competitor’s. What’s worse, the device lacks near-field communication (NFC) support and its camera quality is trailing Nokia’s. In the smartphone space, at least, the iPhone is no longer so impressive.

3. iOS Has Fallen Behind Android

When Apple launched iOS, the mobile operating system was far ahead of any anything else on the market. Now, though, it’s fallen behind Android. For instance, Android supports full near-field communication data transfers and multiple user accounts. With the Premium Suite Upgrade from Samsung, users will find a host of other nice features, like the ability to rotate the screen based on the user’s face position. Meanwhile iOS is a nice piece of 2010 software technology—and in the mobile market two years is a long time.

It’s important to point out that Apple and its operating system have been embarrassed in the last couple of years. When Apple launched Siri, it was supposed to be the product that would make folks more productive. Instead, Siri became the butt of jokes because the voice response technology hadn’t shown much improvement. The same is true for last year’s underperforming Maps. Customers haven’t forgotten about those flaws and might think twice about buying an iPhone this year for fear of other issues.

iPhone Demand Could Start to Wane in 2013: 10 Signs of Trouble

5. China is a going concern

Apple has a major marketing issue in China. The company’s iPhone, while popular in some circles, is not nearly as popular as Apple would like. The big issue is that the iPhone is not available on China Mobile—a carrier with over 700 million subscribers. Another issue? The iPhone costs several hundred dollars more in China than it does in the U.S. The device is so expensive, in fact, that Apple has started offering monthly payment plans on it. In a country that still has a huge number of people living under the poverty line, that’s a problem.

6. The hype machine is waning

When Steve Jobs was running Apple, the hype machine at the company couldn’t have been running any better. Nowadays, though, the hype has subsided a bit. Tim Cook is not nearly as charismatic as his predecessor and the company has lost some of its dazzling star power. Also consumers are starting to realize that Apple is no longer the only company that can deliver exciting products. It also doesn’t help that Apple’s latest mobile updates have been somewhat boring.

7. It’ll likely be a nominal upgrade this year

Looking at Apple’s history, the company has launched a major update to the iPhone every other year. Assuming the company follows that plan again this year, it’s likely that the iPhone 5S will only be a nominal upgrade over the iPhone 5. For a company trying to boost demand, that’s a problem.

Much of this discussion on the iPhone has touched on one of Apple’s biggest issues in the mobile space: Samsung. That company has not only become Apple’s chief nemesis in patent court, it has also become the only mobile device maker that consistently delivers products that are as good as or better than Apple’s. Samsung’s Galaxy S4 is expected to be unveiled in the next few months and that device could prove far better than the iPhone 5. If so, Apple will have a tough time keeping pace.

9. Google is a huge threat

Let’s also not forget that Google is a major threat to Apple. For years, Google has been improving Android, and now, the operating system might just be better than iOS. In addition, Google is investing heavily in hardware with vendor partners. Look for Google to make a huge anti-iPhone push this year.

All of these points bring us to one, final issue: can Apple truly win the “value” argument? Since 2007, the iPhone has been widely regarded as the best value for the average consumer looking for high-end features, at a reasonable price. But now, that’s not necessarily true. The iPhone’s price is on the higher end of the smartphone price range and given its features can’t quite match several competitors, it’s not quite clear how much value customers will find in the handset this year. Believe it or not, the iPhone might just lose the value argument in 2013.