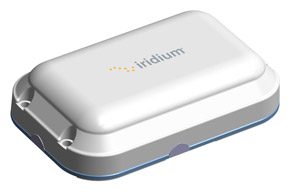 The Edge module was unveiled here at the CTIA Super Mobility conference here Sept. 8 by Iridium, which provides satellite-based global phone communications anywhere on the planet using a 66-satellite “constellation” that orbits Earth.

The Iridium Edge can work side by side with land-based cellular devices to provide asset management and vehicle tracking, Tim Last, vice president and general manager of Iridium’s machine-to-machine (M2M) business told eWEEK. The Edge is a rugged, sealed device that measures 5.12 inches long, 3.14 inches wide and 1.18 inches high, and meets IP67 standards for environmental toughness. By adding the Edge device to a vehicle or other business asset, companies can add dual-mode satellite tracking to more accurately monitor its property anywhere in the world, even where there are no cellular networks, said Last.

The Edge is the company’s latest satellite tracking device, following its March announcement of its Iridium Go global hotspot devices that allow customers to provide satellite-based communications capabilities to up to five Android or iOS smartphones at once. Iridium Go hotspots allow users to connect with voice, SMS text messaging and some optimized apps, using the company’s satellite network to transform users’ handsets into satellite phones that have communications capabilities everywhere, even in the most remote land locations and anywhere on the seas, said Last. There are no roaming charges using the Go devices, which are ruggedized to meet military-grade MIL-STD 810F ruggedness standards as well as IP65 water-resistance and dust-resistance standards.

The road to its latest products has been an interesting one for Iridium. The company has evolved since it started operations in 1998 as Iridium LLC with a business plan to sell satellite-based mobile phone communications to users who wanted reliable connectivity anywhere on Earth.

Today, Iridium Satellite LLC is a different company with an expanded mission beyond just satellite mobile phone services, according to an earlier eWEEK story. In addition to providing calling services in remote locales where cellular networks are absent, Iridium has expanded its offerings to M2M communications, giving industrial users a reliable way to link to their critical equipment no matter where it is located on the planet.

By using satellites to provide its phone services, Iridium can cover the entire earth, including land and the oceans, said Last. Only about 20 percent of the land worldwide has mobile land-based wireless phone service today, he said, while the rest of the planet, which is made up 80 percent by oceans, has no cell coverage due to its remoteness.

Iridium has had to reinvent itself over the last decade to stay in business, and apparently has found its niche in satellite communications for tracking and asset management. Today, Iridium works with a wide range of businesses to provide its satellite-based services, according to Last.

“We invest where we can get a reasonable profit from our investment,” he said. “Coverage is probably our No. 1 feature. We have 100 percent coverage. Anywhere on Earth you can turn on our phones and have a signal and service.”

Iridium is in the midst of a major project to replace its 66-satellite network with new and improved satellites. New satellites and six new spare units are expected to be placed into Earth’s orbit by the end of 2017, said Last. The old satellites then will be decommissioned and allowed to fall out of Earth’s orbit and burn up in the atmosphere.