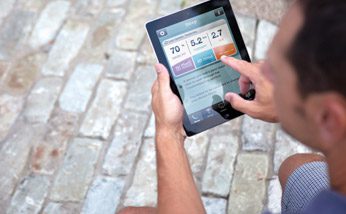 Kaiser Permanente, a nonprofit health care system, has unveiled Interchange, a secure open API that will allow application developers to collaborate with KP on applications that allow users to manage health conditions.

Interchange will enable developers to integrate KP’s data on its facility locations into their apps through the company’s developer portal.

By accessing KP’s public data using Interchange, app developers will be able to shorten their production time and align apps to consumers’ lifestyles, the company reported.

Both the code-a-thon and the open API are opportunities for “co-creation” between KP and developers of Web, social or mobile apps, according to Nutakki.

“By giving developers access to our public data, beginning with location information, we are enabling collaboration and co-creation,” Nutakki said. “We’re in the beginning stages of the API, and we’re exploring how we can collaborate to serve our members and communities.”

“As we release new data sets and begin to harness device-generated data, there is potential to see a new era of hyper-personalized, patient-centered apps that will change the way our members and communities engage in their health,” Phil Fasano, executive vice president and CIO of KP, said in a statement.

KP looks forward to seeing what developers come up with in using the secure public data sets, Fasano said.

“Imagine being able to download a mobile app so customized that it shows you nearby restaurants that cater to your healthy lifestyle and offers food suggestions based on the amount of activity you have completed in the last week, your nutrition plan and friends’ reviews,” Fasano said.

“Once you’ve finished your meal, a device synced to your app reports your blood-sugar levels and reminds you to pick up insulin, then tells you the nearest Kaiser Permanente pharmacy where you can pick it up,” Fasano continued. “Interchange by Kaiser Permanente is the beginning of that possibility.”

By providing APIs for developers to create health apps, KP intends to create access to care and reduce the cost of medical services, the company reported.