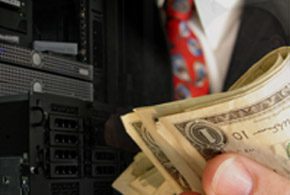 Amazon’s Kindle Fire HD tablet is the online retailer’s best-selling, most gifted and most wished for product across the millions of items available worldwide from the company since its introduction 15 weeks ago, although Amazon declined to provide specific sales figures.

The Kindle Fire HD, Kindle Fire, Kindle Paperwhite and Kindle held the top four spots on the Amazon worldwide bestseller charts since the launch, and Cyber Monday 2012 was the biggest day ever for Kindle sales worldwide. Christmas Day was the biggest day for digital downloads across Amazon’s selection of more than 23 million movies, TV shows, songs, magazines, books, audio books, and popular apps and games, the company said.

Sales of apps and games during the holiday period alone were up more than 250 percent from the same period last year, and Amazon’s Appstore for Android selection nearly tripled in 2012 over 2011. On the peak day, Nov. 26, Amazon customers ordered more than 26.5 million items worldwide across all product categories, which is a record-breaking 306 items per second.

For the eighth consecutive year, the company held the top spot in customer satisfaction during the holiday-shopping season, according to the ForeSee annual Holiday E-Retail Satisfaction Index, which is based on a survey asking more than 24,000 customers between Thanksgiving and Christmas to rate their satisfaction with the top 100 retailers.

For the second year in a row, Amazon’s score of 88 is the highest ever attained by any retailer in the study. “To achieve such high customer satisfaction scores and sustain them over time is a remarkable feat that remains unmatched by any other e-retailer,” Larry Freed, author of the study and president and CEO of ForeSee, said in a statement.

On its peak day, Amazon’s worldwide fulfillment network shipped more than 15.6 million units across all product categories. Amazon customers purchased more than one toy per second on mobile devices.

As part of its annual tradition of amusing sales anecdotes, the company also noted the following: