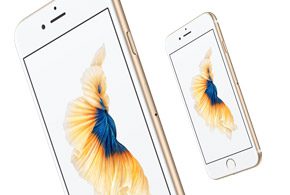 The iPhone 7 isn’t expected to debut until September, but the rumors about what features Apple intends to bring to the product line to reinvigorate its user base and spur sales of its flagship smartphones are continuing to swirl like storm water during a hurricane.

The latest rumor says Apple is potentially considering an even larger version of the iPhone, which would be designated the iPhone 7 Pro and include dual rear cameras and a Smart Connector like the one used in iPad Pro devices, according to a July 20 story by Forbes. The iPhone 7 Pro would accompany new iPhone 7 Plus and standard iPhone 7 handsets, the article continued. Apple will also continue to sell its smaller, less-expensive iPhone SE as well. Images of the rumored new phones were posted online by French technology Website Nowhereelse.fr.

Interestingly, according to the images, the iPhone 7 Pro would be the only new iPhone to receive the dual main cameras and the Smart Connector. Neither of the other two purported iPhone 7 models appear to have those features.

An iPhone 7 Pro model had previously been rumored back in March by well-known KGI Securities analyst Ming-Chi Kuo, but has not been mentioned much since then, reported Forbes.

Meanwhile, another well-known Apple rumor source, Evan Blass, who is known as @evleaks, tweeted on July 19 that he believes there will be only two new iPhone 7 models, without mentioning a larger Pro version.

None of this, obviously, will be confirmed until the new devices are unveiled during Apple’s customary September releases, but they add interesting fodder until then.

The latest rumors follow other reports in June that claimed Apple would likely drop its long-present headphone jack and instead require headphones to use the phone’s existing Lightning connector, according to an earlier eWEEK story. The rumors at the time also indicated that Apple will likely stick with the existing 4.7-inch and 5.5-inch display sizes that are used on the latest iPhone 6s and iPhone 6s Plus (pictured) when it brings out its next phones.

The removal of the headphone jack will allow the next generation of phones to be made thinner and will also improve their water resistance, the article reported.

This is not the first time that a deleted headphone jack has been rumored for the next iPhone. In December, reports first surfaced about the possible demise of the long-established 3.5mm headphone jack and the replacement of it with a thinner Lightning connector or with Bluetooth to help make the phones thinner, according to an earlier eWEEK story.

Other previous iPhone 7 rumors circulating in the last few months include a move to a thinner flush-mounted rear camera, replacing the protruding rear camera that is built into the existing iPhone 6 devices, and the removal of antenna bands that are now on the rear of today’s iPhones, according to a February eWEEK story. Also rumored was a possible dual-lens rear camera on upscale iPhone 7 Plus devices.

Bigger changes could come in 2017 when the iPhone is slated to celebrate its 10th anniversary.

Apple needs a big hit with its next iPhones to generate demand since sales of the devices leveled off in its second quarter financial report, which came in late April. In the second quarter, Apple reported a decline in revenue for the first time since 2003. Apple’s second-quarter revenue of $50.6 billion fell 13 percent from $58 billion a year earlier. Net income in that interval dropped to $10.5 billion from $13.6 billion, as sales of the company’s iPhones leveled off, ending Apple’s 13-year record of uninterrupted sales growth.