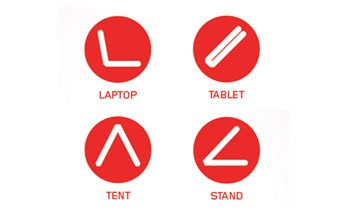 Lenovo, not Hewlett-Packard, is expected to be at the top of the pile, once third-quarter global PC shipments are tallied. And, still, a considerable portion of consumers in the United States—where Lenovo ranked fourth during the second quarter and was the only top-four PC maker to post year-on-year growth—are unfamiliar with the brand. It’s a situation Lenovo has been working hard to remedy.

At a New York City event Oct. 9, Lenovo executives unveiled their latest effort toward that goal, with the introduction of four devices it calls convertibles. The IdeaPad Yoga 13, Yoga 11, ThinkPad Twist and IdeaTab Lynx all bend or morph, offering users the benefits of more than one form factor.

“We think this exploitation of hardware and software is very powerful, and it’s something we’re excited to take advantage of,” Peter Hortensius, president of Lenovo’s product group, said on stage at the event.

Hortensius went on to explain that Lenovo realized it needed a “family approach”—this foursome of devices—to hit every need in the market, as “one size really does not fit all.”

The Yoga 13 and Yoga 11—which run Windows 8 Pro and Windows RT, respectively—can open 360 degrees, enabling them to be held tablet-style or anywhere in between. They can also be used in Tent Mode, which can be helpful during presentations. David Schmoock, president of Lenovo North America, said he finds Tent Mode to come in handy while traveling: At the table in his hotel room, he hangs the PC over the back of the chair opposite him, so that he can video chat with his family while they all eat dinner.

A Stand Mode—in which the keyboard faces down and the display leans back, with the hinge between them pointing toward the user—is also traveler-friendly. When flying economy class, said Schmoock, it’s the only sure way to watch a movie with the laptop on a tray table.

The Yoga 13 will come in silver or a Clementine Orange and sell through Lenovo or else exclusively through Best Buy.

“We’re going to be in the premium space at Best Buy,” Schmoock told eWEEK. “We’re really expanding our range with them.”

The Lynx can be used as a thin-and-light tablet or clicked into a base for a realistic laptop experience. And the new Twist has a swivel hinge that enables it to convert, more traditionally, into a tablet mode. While the other three are geared toward consumers, Lenovo expects the Twist to also find fans with small and midsize business and the education market.

Lenovo has been the fastest-growing PC maker over the last 10 quarters. In May 2011 it was in 400 stores, and by May 2012 Lenovo had grown that to 4,000. To help its new convertibles take advantage of those inroads, Lenovo designed four eye-catching logos, suggesting the four shapes—laptop, tablet, tent and stand—the devices cover and is launching a new television ad. Shot by Casino Royale director Martin Campbell, it has a high-tech Jason Bourne feel, but with a female heroine, Elizabeth Huang, doing the running and leaping and dodging of baddies.

“She’s half-Chinese, just like Lenovo,” grinned Lenovo chief marketing officer David Roman, who is behind the “Do” campaign, the logos and the ad—a three-minute director’s cut of which will also run in some theaters ahead of movies.

“Lenovo is heading in the right direction—if they didn’t already reach No. 1 during the third quarter, they definitely will during the fourth,” Roger Kay, principal analyst with Endpoint Technologies, told eWEEK.

Kay added Roman’s campaign is strong and that Lenovo is well-positioned. HP, he said, has been “going through some craziness,” Dell is focusing on the enterprise and Acer suffered a setback when its CEO left last spring. The Lenovo convertibles are attractive machines and safe bets.

“They’ve kind of hung them out like Christmas baubles, and people can pick what they want,” said Kay. He added that this is exactly the opposite of Apple’s approach.

“Steve Jobs would come out and say, ‘This is the one thing people are going to love.’ Whereas Lenovo is doing market research in the market—they’re not sure what people will like. So it’s a full lineup, and maybe something will pull in one region and something else will in another and Lenovo can respond. Who knows,” Kay added, “maybe in Brazil they’ll like the Twist.”

Microsoft Windows 8, which has been called a dramatic departure and a significant risk for Microsoft, is nonetheless expected to stimulate PC sales, making it perfectly timed with Lenovo’s big push into the U.S. consumer market.

“We’re very excited about what Windows 8 will do for the market, and what Windows 8 and touch can give you—the possibilities that are there. Once you use touch, you don’t want to go back,” Schmoock told eWEEK.

“Of course,” Schmoock added, “anything that builds excitement in the market is a good thing.”