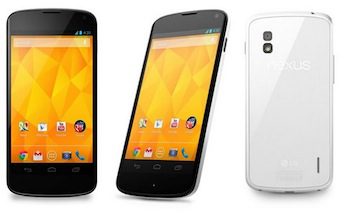 Consumer electronics manufacturer LG Electronics announced the launch of Nexus 4 White, the latest edition of the Android-based smartphone the company developed in collaboration with Google.

Starting in Hong Kong on May 29, the Nexus 4 White will roll out globally in select markets in Asia, North America, Europe and the Middle East over the next several weeks, a company release said.

Due to the smartphone’s popularity, LG has had trouble keeping up with demand, as reports surfaced this January that production issues were squeezing supply. Although official sales figures are not available from Google or LG, LG described estimates of 375,000 devices sold by January 2013 as being “a lot lower than the actual figure”.

Despite the company’s success with the Nexus 4, a report picked up by consumer tech blog Engadget suggested LG would not be involved in production of the Nexus 5. The company’s European vice president, Kim Wong, revealed in a chat with mobile blog AllAboutPhones that LG doesn’t need another marketing success of the same magnitude, thanks to the popularity of the Nexus 4.

LG is also tightly focused on developing and promoting its Optimus series devices– the G, Vu:, F and L–many of which made their debut earlier this year at the Mobile World Congress in Barcelona. Flagship models from the G and Vu: series will target the premium segment, while the F and L series will be positioned as mass-audience smartphones for the 4G LTE and 3G markets.

QSlide provides the ability to display two full-sized windows simultaneously. The recently upgraded version of QSlide allows for the opening of two apps at the same time in full screen mode and the ability to change the size, position and transparency of QSlide windows as needed.