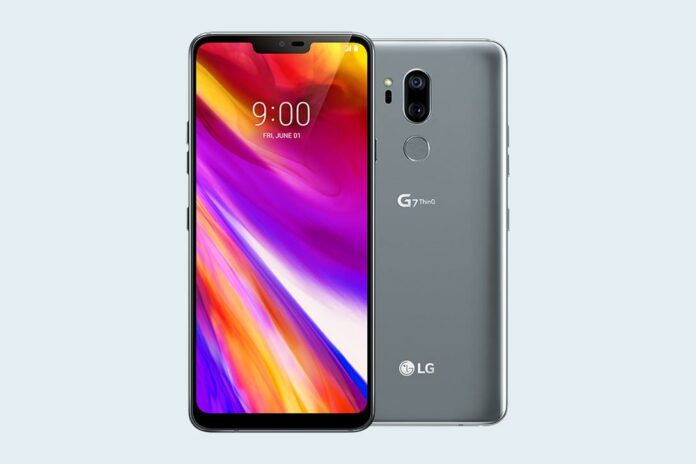 LG’s latest flagship smartphone, the G7 ThinQ, has hit the preorder stage, with Verizon beginning preorders on May 24 and Sprint and T-Mobile offering preorders starting May 25. The devices will be available to purchasers from all three cellular vendors starting June 1.

Through Verizon, the LG G7 ThinQ (pronounced “Think” by LG) will be available for $750 or on a 24-month contract for $31.25 per month. Contract buyers will be eligible for a $100 discount on the handset.

The discount can also be combined with additional trade-in allowances being offered for a variety of popular smartphones. Verizon is offering the handset in Black or Platinum Grey colors.

Under Sprint’s preorder offer starting May 25, customers can buy the G7 ThinQ for $33 per month over 18 months with payments totaling $594. Customers will also being eligible for a second G7 ThinQ for free through monthly bill credits with the purchase of a second line of service.

After 18 months, customers can either turn the handsets in and get something else or pay six additional monthly payments of $33 a month (an additional $198) and keep the phones for an overall total of $792.

T-Mobile will sell the G7 ThinQ for $30 down and $30 a month for 24 months under an installment plan with payments totalling $750. Installment plan buyers are eligible to get a second G7 ThinQ for free after monthly bill credits. T-Mobile is also offering the handsets in a Raspberry Rose color.

The LG G7 ThinQ has a 6.1-inch Quad HD+ FullVision display with 3120 x 1440 resolution and 564 ppi. It also has a Qualcomm Snapdragon SDM845 processor, 4GB of memory, 64GB of onboard storage, a microSD slot supporting expandable storage cards up to 2TB, a fingerprint sensor for security and a 3,000mAh Lithium Ion battery. The LTE handsets run on the Android 8.0 Oreo operating system.

Also included in the phones are dual 16-megapixel cameras, including a standard and a super wide-angle lens, as well as an 8-megapixel front camera. The handsets also feature 802.11 b/g/n/ac WiFi connectivity.

AT&T hasn’t announced that it will offer this latest LG flagship smartphone model to customers.