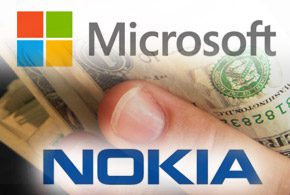 After clearing some regulatory hurdles, Microsoft has finally closed on a $7 billion acquisition that brings Nokia’s Devices and Services business into the software and cloud services giant’s ecosystem. The companies first announced the deal on Sept. 2, 2013.

“Today we welcome the Nokia Devices and Services business to our family. The mobile capabilities and assets they bring will advance our transformation,” said Microsoft CEO Satya Nadella in a statement, nearly eight months after his company set out to snap up the smartphone maker. Echoing a now-familiar theme, Nadella said Microsoft remains “focused on delivering innovation more rapidly in our mobile-first, cloud-first world.”

The acquisition, originally expected to close during the first quarter of 2014, encountered some resistance in China over concerns about potential changes to the patent licensing fees charged to the country’s device makers, namely Lenovo, Xiaomi and ZTE. On April 8, Microsoft announced that the Chinese Ministry of Commerce had officially signed off on the deal.

Microsoft also gave up on acquiring Nokia’s factory in Masan, South Korea. Nokia, now a telecommunications technology provider and mapping software company, will also retain ownership of a factory in Chennai, India, due to tax liens that prevent the transfer of the property to Microsoft.

In the wake of the transaction, former Nokia President and CEO Stephen Elop will head up the Microsoft Devices Group as the division’s executive vice president, reporting directly to Nadella. The business unit encompasses Nokia’s hardware, including its Lumia smartphone line, along with Xbox, Surface tablets, large-scale Perceptive Pixel (PPI) touch displays and hardware accessories. Approximately 25,000 Nokia employees will be transferred to Microsoft.

According to Elop, the deal poises Microsoft for further growth in the post-PC world.

Elop asserted that the “vast majority of people do not have, nor will they ever have a personal computer.” In a statement he predicted that Microsoft now has the “opportunity to introduce what we like to call the next billion people, the next billion people to connect to the Internet, to Microsoft, because they’ll have an opportunity perhaps to have a first Skype experience, or a first experience with Bing, as an example.”

“And so there are literally billions of people who can be exposed to Microsoft for the very first time,” added Elop.

Nokia was Microsoft’s premier Windows Phone partner. While the mobile operating system lags far behind Google Android and Apple iOS, it has seen some encouraging growth in select markets.

With Nokia in the fold, Microsoft hopes to narrow the gap between it and its rivals. Microsoft plans to “target the affordable mobile devices market, a $50 billion annual opportunity,” stated the company.