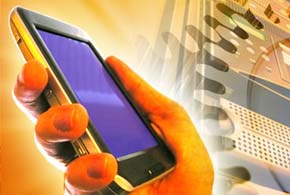 On Sept. 9, during a media event in San Francisco, Apple unveiled the iPhone 6s and 6s Plus, along with the company’s business-friendly iPad Pro Tablet, all running the iOS 9 mobile operating system. When those devices start filtering into enterprises—the iPhone 6s and 6s Plus go on sale on Sept. 25—Microsoft’s cloud-based Intune mobile device management (MDM) platform will be ready, the company announced.

“Over the past few months, we have been busy working to ensure that Intune is fully compatible with this latest version of Apple’s mobile operating system, and we are happy to announce that Microsoft Intune has Day 0 support for managing iOS 9 devices,” wrote Kieran Gupta, a program manager with Microsoft’s Intune Device Experiences group, in a lengthy blog post detailing Intune’s iOS 9 management capabilities. “All the existing Intune features currently available for managing iOS devices will continue to work seamlessly as users upgrade their devices to iOS 9.”

Despite carrying over iOS 8’s look and feel, Apple’s latest mobile OS contains several new features, including multitasking on the iPad and a smarter Siri. If history is any guide, Apple will likely sell millions of the updated hardware in short order and millions more will upgrade to the new OS. For businesses with bring-your-own-device (BYOD) programs, it means their networks will soon get flooded with new iOS 9-powered iPhones and iPads demanding access to corporate data and apps.

Microsoft has Intune customers covered, assured the Redmond, Wash., tech titan. In fact, administrators can use Intune to take advantage of some of iOS 9’s new MDM capabilities.

“From the IT administrator’s perspective, iOS 9 introduces a number of new configuration options and enterprise-ready features,” Gupta said. These include a new App Trust Flow that stops side-loaded apps from launching by default and support for the Exchange ActiveSync v16 protocol. Security-conscious organizations can designate the AirDrop content sharing feature as an unmanaged storage location, preventing data leaks.

Also new is full-fledged support for app whitelisting. “iOS 9 introduces a much-needed new setting: allowUIAppInstallation,” Gupta explained in his blog. The setting remedies an issue caused by two MDM controls that restricted Apple App Store functionality at the expense of updating or installing apps, even by administrators.

“Setting this restriction on a supervised iOS device removes the App Store icon from the homescreen, but allows app updates and new apps to continue to be deployed through MDM,” said Gupta. “This effectively limits the user’s ability to add or change apps on the device, while offering the IT administrator maximum flexibility to continue deploying apps and updates to the device.”