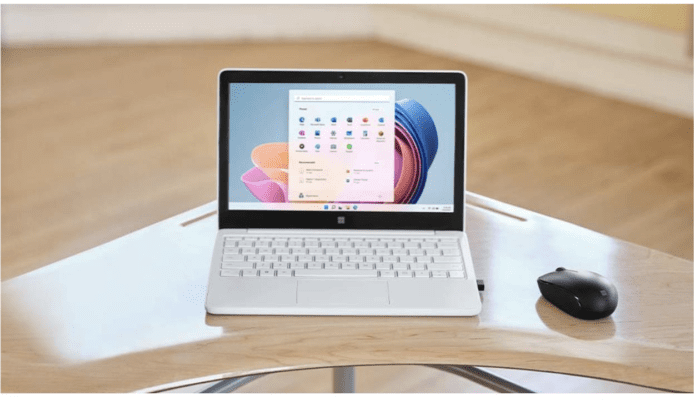 One of the unexpected results of the pandemic was the digital transformation of everything. Windows 11 itself was the result of Microsoft realizing that even more people than anticipated will be working in a hybrid style.

Microsoft recently held its Education Event, where it announced the Surface Laptop SE and Windows 11 SE, which address the digitally transformed world of education. When COVID hit, and K–12 grade schools went online, many students could not participate online because it required a computing device. Microsoft is looking to make its ecosystem more accessible and inclusive with the Surface Laptop SE and Windows 11 SE. These devices, of course, must be placed in the context of the larger market.

Computing and the Education Market

When looking at the state of digital North American K–8 education currently, it is heavily Chrome OS-based or headed in that direction. Chromebooks are targeted at education because of their natural low price point and their simplicity. Since Chrome OS relies on the browser, it does not need high-end compute power, and it makes it simple for students to use and for schools to regulate what is done on these devices, especially from a managerial standpoint when Chromebooks are bought in bulk by schools. Additionally, the accessible price point, depending on which Chrome device you get, is appealing to educators and students.

We also have to keep in mind that schools and school districts choose education suites for students – that is, young learners – and a major factor driving the decision is the platform’s simplicity. Microsoft and Google both have a suite for education, just as they have business suites.

For my company Moor Insights & Strategy, I chose Google’s business suite 10 years ago for its simplicity, as I run the IT myself, and I imagine that many of these school boards are doing the same. I also advised my kid’s high school on tech purchases where they often talked about complexity and the need for simplicity. Ironically, many K–8 schools are choosing Google based on simplicity first, cost second. Although, if price was the priority, Microsoft wouldn’t be losing K–8 market share.

The Surface Laptop SE is taking a direct jab at Chromebooks, and Windows 11 SE is a simplified version of Windows going after Chrome OS. In addition, Microsoft is saying it has simplified Intune.

Let’s look at the Surface Laptop SE, Windows 11SE, and Intune, and how they are innovating this new era of education.

Simplicity should be the biggest factor when it comes to deploying Windows 11 SE. Microsoft says it took into consideration feedback from teachers and school IT admins to be distraction-free, secure, and easy to deploy and manage.

To implement these goals, Microsoft says Windows 11 SE has a controlled app installation, and when apps are launched, they are launched in full-screen mode. While Chrome OS takes a web-based approach to its applications, I think Microsoft is heading in a better direction with its controlled and immersive application experience. It puts more control in the hands of IT admins to designate which apps are on a student’s device without having to rely on the Internet to access applications.

Microsoft says third-party apps like Zoom and Chrome can be installed, giving school IT admins greater flexibility when deciding which platform to use. It also gives students the ability to focus by having full-screen, distraction-free applications with a two-window limit compared to Windows 11’s default of four when windowing.

On the other hand, while multitasking has its place in productivity, it is not always beneficial to the end-user. In this case, it is not beneficial to students who are learning how to use technology healthily.

Windows 11 SE is also taking a cloud-first storage approach with 1TB of cloud storage per device while allowing applications and OneDrive to sync content offline. Giving the opportunity for content to be either offline or online is inclusive to students who may not have access to the internet from home.

While having content offline is an option for Chrome OS devices, it has fairly low on-premises storage and favors cloud-based. Microsoft’s approach to storage is advantageous for Windows 11 SE because it makes the matter of home Internet a non-issue in a world of equal opportunity.

Now that Microsoft Teams is built into Windows 11, there has been a greater focus to create Teams as a platform for education in Windows 11 SE.

The Surface Laptop SE comes with an Intel Celeron Processor and eMMC storage for up to 128Gb of storage. It has an 11.6-inch display that automatically adjusts brightness. It has a 720p HD camera and digital mic, and speakers from video calls. Microsoft says it has edited details like UEFI code for better power management. The Surface Laptop SE has a reasonable port selection with a USB-C, USB-A, and a headphone jack.

Although an HDMI port for school projects for the older kids would be a plus, the USB-C port covers that concern. The USB-A should be great for students wanting to use a mouse, and the headphone jack is a must for online classroom video calls.

While the laptop’s specs are nothing to write home about, it really does make a difference when affordability is high on the priority list. The Surface Laptop SE starts at $249, and other Windows 11 SE laptops move up from there. This price point of $249 is great for education laptops with a Microsoft tag.

Microsoft says it has also made the Surface Laptop SE easy to deploy with Microsoft Intune for Education, and it can be tuned to the school IT admin’s preferences out of the box while maintaining the safety and security of the Microsoft platform. Microsoft Intune is Microsoft’s cloud management solution that is powered by Microsoft’s Intune service for the enterprise, so there is no doubt it has the security you might expect from an enterprise standpoint.

Microsoft’s launch of Windows 11 and Surface Laptop SE could be successful if it can nail the simplicity of its devices for the entire educational ecosystem, including teachers, students, and school IT admins. Windows has always been a robust operating system, and this quality is one of the reasons why Chrome OS is dominating the K–8 North American education tech space. Microsoft simplified many features in Windows 11, so it is more inclusive for students and simpler for students and teachers.

By leading the charge under the Surface branding, it could also be successful by providing the quality of Microsoft devices in a more affordable and friendly package for education. Its repairability and offline capabilities should also appeal to schools looking for devices on a lower budget.