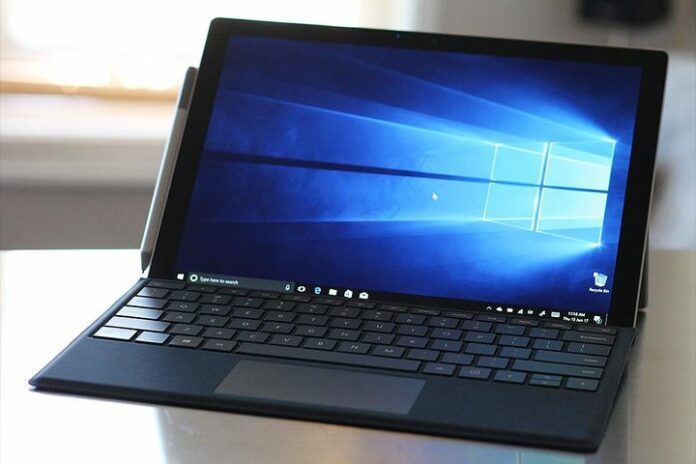 Microsoft’s Surface line of tablet computers is now available to consumers, students and businesses through no-interest payment plans for up to 24 months under financing offers that mimic how smartphones have been sold to consumers for years.

The Surface Plus and Surface Plus for Business financing offers were unveiled by the company in an Aug. 1 post on the Windows Blog and are available to U.S. customers through Microsoft stores and Microsoft.com.

The Surface Plus financing plan for consumers and students makes device upgrades to the latest Surface models available to customers after 18 months, 12 months of in-store support and technical assistance, 90 days of free telephone support and one in-store training session on how to use the machines. Extended service plans are also available at extra cost.

Buyers who purchase their machines also have a 30-day, hassle-free return policy. The zero percent financing rate is only good for 24 months, however, at which point the annual interest rate rises to 19.99 percent for purchases that are financed for longer periods.

The Surface Plus for Business financing plan offers small- and medium-sized businesses the ability to purchase as many devices as needed under one payment plan for 18, 24 or 30 months as desired. Businesses can upgrade their devices after 12 months on a 24-month purchase plan or after 18 months on a 30-month plan, and can also expand or reduce the number of devices they are using midterm, according to Microsoft.

Businesses can also get the Microsoft Office 365 for Business office suite for their users for $8.25 per user per month under the plan. Extended service plans are available.

Jan Dawson, chief analyst at Jackdaw Research, told eWEEK that Microsoft’s financing offers can be expected to be “somewhat popular” but will likely be limited because the offers are only available through Microsoft stores or from the company’s website. “It won’t be [available] in Best Buy and other places where people might buy a Surface,” he said. “I don’t see schools buying this way.”

The purchase zero percent financing options are “a familiar model and a smart move for Microsoft,” said Dawson. “We’ve obviously seen the installment and leasing models become the default for smartphones on U.S. carriers over the past few years, and there are already examples of hardware vendors getting into the game directly, notably Apple’s iPhone Upgrade Program.”

By providing monthly payment options to purchase the Surface machines, Microsoft is doing the right thing to “lower the barriers to entry for what are fairly pricey machines for the most part, as Microsoft has stayed firmly above the fray with its Surface line, in contrast to the much lower overall average selling prices of Windows PCs,” he said. “We’re going to see lots more of this, with hardware vendors packaging up access to one or more devices on a subscription basis with additional subscriptions to software, content or other services layered on top.”

One problem the company could face is that “the Surface arguably isn’t really designed for schools, and more for individual students—particularly in college—businesses and people buying their own devices for work,” said Dawson.

Another analyst, Charles King of Pund-IT, said that while the Surface financing plans will likely be popular for people in job training and professional programs where Microsoft Office is the dominant productivity platform and in schools where students use Microsoft applications, it won’t appeal much to schools and students that have adopted Chromebooks and Google Docs.

“Microsoft is aiming at a two-pronged strategy here,” said King. “The first is to bolster adoption of and reliance on its Office productivity suite and apps, which are under some pressure from the wide popularity of Chromebooks and Google Docs. The second is to shore up and raise sales of the company’s Surface tablets and laptops, which have suffered some declines in the past few quarters.”

Those reduced sales have significantly impacted Surface margins and make it hard to continue maintaining product development for the company, he said. “Apple is in a similar situation with Chromebooks and has ratcheted up efforts to regain the position it once had among students and educators. In fact, Microsoft’s no-interest payment plans look a lot like Apple’s promotions in the 1980s and 1990s.”

The interest rate jump to 19.99 percent after 24 months, however, will likely discourage long-term deals, he said.

What’s not known yet is how the new financing offerings from Microsoft might interest cash-strapped schools and school districts as they buy new devices for students and teachers, said King. Chromebooks have been cheap to buy and use and have improved markedly over the years, making it tough for Microsoft to compete on price.

“Neither Microsoft nor Apple have as much of a value play as Google does, so it’ll be interesting to see how many and what kind of schools and districts are attracted to these offerings,” said King.