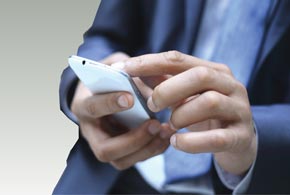 The software giant is upgrading Q&A, the natural language query technology in Power BI, enabling users of the business intelligence platform’s mobile apps to explore business data and glean insights the same way they may chat up a colleague.

On the desktop, Power BI Q&A automatically displays data visualizations while users type in their questions, similar to the autocomplete functionality in many search engines and apps. “That doesn’t work really well on a small screen,” Miguel Martinez, senior product manager of Power BI at Microsoft, told eWEEK. “Also, typing is not as efficient on a mobile device as it is on a [physical] keyboard.”

Desktop users who relish in peppering Power BI with questions may balk at having to do the same on a cramped smartphone screen. So, the Power BI team at Microsoft came up with a new conversational Q&A mobile feature that mimics a chat or texting session.

Available initially in the iOS version of the Power BI, the Q&A mobile functions, for all intents and purposes, like a chat program but one that delivers data-driven insights instead of the latest office gossip.

After entering a natural language question, it generates mobile-friendly buttons that users can quickly tap to get different perspectives on the results. Going further, Q&A builds on previous questions asked, meaning that users no longer have to ask the same questions in slightly different ways to get the desired results. For example, an executive at a multinational company can ask for the aggregate global sales of the company and then drill down into territories by asking follow-up questions like, “What about China?”

Apart from a more intuitive Q&A experience in Power BI, Martinez said his group is continually working on refining the mobile apps to enhance user productivity. Microsoft’s approach hinges, in part, on delivering eye-pleasing apps with a purpose, Martinez said. “You can have the most beautiful charts, but if it doesn’t provide you with any insights, it doesn’t matter.”

Rather than slap a web-based BI interface on its mobile apps, Microsoft is also making the most of each mobile operating system’s distinctive capabilities, he added.

“Each device is unique, when it comes to hardware, and most importantly, OS. We decided to go with native apps for each OS because we wanted to take advantage of that particular OS,” Martinez said. As an example, he offered the native Apple Watch functionality in Power BI for iOS, which enables users to receive notifications when a Power BI detects that a key performance indicator or business metric crosses a specific threshold.

To help ensure that Power BI doesn’t become a data leakage nightmare for enterprises, Martinez assured that that Power BI mobile apps are fully compliant with Microsoft’s mobile device and application management platforms, including Intune. With the proper policies in place, security-conscious IT organizations can block their users from capturing screenshots of visualizations that contain sensitive information.