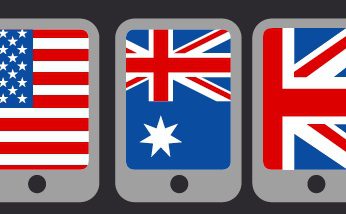 A worldwide survey of more than 2,200 mobile device users suggests gadgets are a dominant and irreplaceable part of our modern lives, with an average user carrying 2.9 devices, according to security specialist Sophos.

Of the 2,226 respondents (the majority of whom represent Australia, Canada, Germany, the United States and the United Kingdom), residents of Germany on average carry the most devices, with an average of 3.1. They are also most likely to carry notebooks, whereas Americans, Australians, the British and Canadians are most likely to carry smartphones.

The smartphone is by far the most popular device carried by survey respondents (85 percent), while the e-reader is the least popular (29 percent). Sandwiched in the middle were notebooks (68 percent), tablets (48 percent), and MP3 players (40 percent).

If Microsoft is struggling to break into a tablet market dominated by Apple and Google Android devices, it has a lock on the notebook market, with Windows as the most popular notebook operating system (OS), with nearly half (49 percent) of the market, more than twice that of Mac (22 percent) and six times more than Linux (8 percent).

Perhaps predictably, Mac users’ smartphone of choice was the iPhone (62 percent), while the least likely smartphone they would carry is a handset running Windows (2 percent). Forty-four percent of Windows users said they prefer to carry Android smartphones, but the second most desired handset was the iPhone, cited by 36 percent of respondents. More than half (56 percent) of Linux users said they prefer to carry an Android phone.

Overall, Android was the most popular smartphone OS, with 40.9 percent, closely followed by Apple’s iOS with 40.5 percent, with BlackBerry (8.9 percent) and Windows Mobile (3.4 percent) trailing far behind.

The rise of a bring your own device (BYOD) culture is likely a force behind the increasing number of devices carried, and the report cautions that adequately protecting those devices is of paramount importance. The report recommends installing and regularly updating security software, as well as locking it with strong passcodes or passwords.

“People are buying and using more and more devices, and are increasingly bringing them into the workplace. Inevitably, that trend increases the need to keep those devices safe and secure from threats,” Graham Cluley, senior security consultant with Sophos, said in a statement. “In this age of BYOD, smart organizations are implementing security policies to ensure that both corporate and personal devices are protected and secured—keeping sensitive information out of the hands of hackers.”