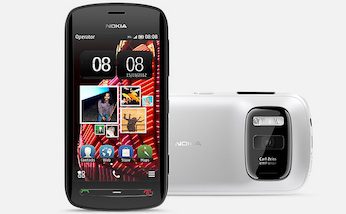 When Nokia introduced the photo-fabulous, Symbian-running 808 PureView smartphone at the 2012 Mobile World Congress show, officials promised to bring the device’s advanced camera technology to the company’s other lines.

Later this year, Nokia will make good on that promise with the delivery of a Windows Phone 8–running smartphone with an 808 PureView-like sensor, The Verge reported Jan. 23, citing sources aware of the project.

According to the report, AT&T, which is Nokia’s original partner in bringing Windows Phone devices to U.S. consumers, will sell the new device, code-named “EOS.”

The EOS, like a rumored Lumia 920 successor code-named “Catwalk,” is expected to be housed in lightweight aluminum, instead of the color-infused polycarbonate shells used in Nokia’s current Lumia lineup.

The 808 PureView was an industry first, featuring a 41-megapixel sensor with Carl Zeiss optics and new pixel oversampling technology. At standard resolutions (2/3, 5 and 8 megapixels) it can zoom without a loss to image clarity—7 pixels of information can be compressed into 1 pixel. At the highest resolution of 38 megapixels, an image can be zoomed in and cropped to reveal more detail, instead of losing detail.

Nokia switched its allegiance from Symbian to Microsoft in early 2011, making the original 808 a lure for really only true Symbian devotees. A Windows Phone version would be a marked improvement, and so would be the rumored slimmed-down, lighter case. Reviewers have loved the camera but been stopped cold by the Symbian phone.
Cnet called it “a rocket strapped to a rollerskate.”

Engadget called it “bulky” and “wrapped in the smartphone past.”

But then there’s that camera.

“Forget the awkward industrial design. Ignore the frustrating mess that is [Symbian] Belle. Take one picture with Nokia’s 808 PureView and all will be forgiven. We dare you,” the Engadget review continued. “It’s difficult to relay exactly how thoroughly awesome this and how stupendously phenomenal the resulting shots are.”

Furthering its relationship with Microsoft, Nokia is rumored to also have a Windows RT tablet in the works—The Vergereported the rumor Dec. 24, adding that it’s likely Nokia will show off the tablet at the Mobile World Congress trade show in February.

Nokia desperately needs a win, and while a Windows Phone with PureView has a chance, and it’s hard to imagine a Windows RT tablet doing good things for the hurting phone maker. While the limited number of journalists who have glimpsed Microsoft’s Surface with Windows Pro have had positive things to say, many of the same folks have been made cranky by its very limited predecessor, the Surface RT.

“It can’t run any of the 4 million standard Windows programs,” David Pogue complained in The New York Times. “Instead, it requires a new type of app, a more limited, full-screen, iPaddish sort of app, available only from Microsoft’s online store. And there aren’t many of those apps, although the situation is slowly improving.”

During its 2012 third quarter, Nokia posted a nearly $1.3 billion loss, though was heartened by improving sales of its low-end Asha line.

On Jan. 10, officials offered early estimates for the fourth-quarter 2012 results, which they will share Jan. 24. Nokia sold 9.3 million Asha phones, 4.4 million Lumia smartphones and a total of 79.6 million phones overall during the holiday quarter. While a shadow of its former sales, the figures were good news in Espoo.

Nokia CEO Stephen Elop said in a statement that he was pleased by a “solid quarter where we exceeded expectations and delivered underlying profitability.”