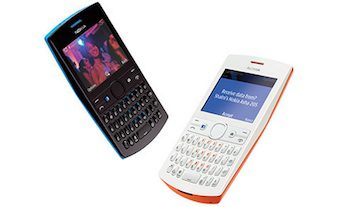 Nokia officials tipped off investors early that the company’s Jan. 24 earnings announcement would be a positive one, and indeed it finished the fourth quarter, as well as the full year 2012, in the black.

“We are very encouraged that Nokia’s execution against our business strategy has begun to translate into results,” CEO Stephen Elop said during the earnings call. “Most notably, I’m very pleased that today I can report to you that Nokia Group reached underlying profitability for both Q4 2012 and the full year of 2012. …. We see this as a tremendous accomplishment, given the context of Nokia Group’s overall challenges.”

But Nokia still had one surprise announcement.

Nokia’s Board of Directors plans to propose that no dividend payment be made to shareholders for 2012.

Bloomberg framed the news in more dramatic terms, reporting, “Even the World Wars and the breakup of the Soviet Union, a major buyer of Nokia’s networking gear, didn’t stop the company returning cash to investors.”

By Bloomberg’s count, this would be the first time “in at least 143 years” that Nokia will have decided against the dividend. To maintain the latter at its previous level, Nokia would have to pay about $999 million—money that it needs to continue the process of getting back on its feet.

For 14 years, Nokia was the world’s top-selling mobile phone maker. However, it’s been unable to compete against the Apple iPhone and Android-running devices, and competitors gradually closed the once-considerable gap between themselves and Nokia. In 2012, Samsung overtook all players.

In February 2011, Elop, a former Microsoft employee, announced that in a last-ditch effort to save the company, he was shifting its software focus from Symbian to Microsoft’s Windows Phone—a transition he said would likely take two years to complete. Nearing the two-year mark, Elop repeated that, while there is much work to do still, he’s pleased that Nokia’s Windows Phone devices are finding traction in the market.

Nokia’s Asha feature phone is also finding a following. Nokia sold 9.3 million of them during the quarter, and in key markets like India, Russia and Saudi Arabia, said Elop, “Asha was the number-one-selling smartphone during certain months.”

“Now more than ever, operators are pushing for a third ecosystem to emerge, and they are committing to more marketing, more training and more in-store displays to help Windows Phone and Lumia grow,” he said.

Nokia competitor Research In Motion—another once-leading but now-ailing phone maker—is has designs on the number-three ecosystem spot, and after nearly two years of promises will this month release its BlackBerry 10 platform and new smartphones.

The good news for both is that this year the wireless market, currently dominated by Google’s Android and Apple’s iPhone, is expected to see a number of new mobile operating systems emerge, which could help to make space for both Nokia and RIM—or effectively elbow aside both.

“We remain focused on moving through our transition, which includes continuing to improve our product competitiveness, accelerate the way we operate and manage our costs effectively,” said Elop. “All of these efforts are aimed at improving our financial performance and delivering more value to shareholders.”

On the call he, noted that, anticipating a seasonally weak 2013 first quarter, Nokia expects competitive pressure to remain “intense.”