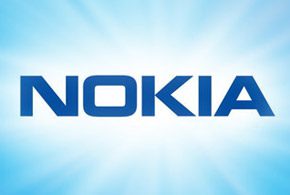 Nokia’s shareholders overwhelmingly voted to go ahead with the sale of its devices division to Microsoft, revealed Reuters. “More than 99 percent of shareholders registered in advance of a meeting in Helsinki to vote on the deal, accounting for around 45 percent of the total shares, approved the sale,” said the report.

When completed the sale will fill Nokia’s coffers, improving “Nokia’s net cash position to nearly 8 billion euros from around 2 billion in the third quarter,” noted the news outfit. The deal is expected to help Nokia restore its dividend and improve its profile with major credit ratings agencies, allowing the Finnish company to “regain investment-grade status.”

On Jan. 24, Nokia announced that it was suspending shareholder dividends for the first time in over 140 years. The company, once the leader in worldwide mobile phone sales, has watched its fortunes dwindle as consumers flocked to iPhones and smartphones based on Google’s Android mobile operating system like Samsung’s line of Galaxy handsets. Despite an uptick in sales of its Windows Phone-powered Lumia smartphones, Nokia reported losses of $298 million during the second quarter of 2013, disappointing Wall Street analysts.

Months after reportedly failing to arrive at agreeable terms, Microsoft finally inked a deal to acquire Nokia’s hardware and services unit for $7.1 billion on Sept. 2. The all-cash deal is expected to close in the first quarter of 2014, pending customary approvals.

Microsoft CEO Steve Ballmer described the move to snap up Nokia’s device unit as “a smart acquisition for Microsoft, and a good deal for both companies,” in an email to employees. “We are receiving incredible talent, technology and IP.”

Responding to the deal, Nokia’s chairman of the board of directors and interim CEO, Risto Siilasmaa, said in a Sept. 3 statement, “After a thorough assessment of how to maximize shareholder value, including consideration of a variety of alternatives, we believe this transaction is the best path forward for Nokia and its shareholders.”

The strategy is showing signs that it is paying off. While it clings to less than 5 percent of the smartphone market, Windows Phone’s share of the market grew 156 percent year over year during the third quarter of 2013, according to IDC.

Windows Phone, like Google’s Android OS, owes its rising popularity to low-cost devices, according to IDC Research Manager Ramon Llamas. “Both platforms have a selection of devices available at prices low enough to be affordable to the mass market, and it is the mass market that is driving the entire market forward,” he said in a statement.