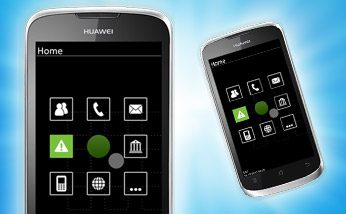 Odin Mobile has launched as a nationwide wireless carrier for the visually impaired. The Rockville, Md.-based company will function as a mobile virtual network operator over T-Mobile’s airwaves.

“I have always wanted to get involved in a business that provided significant public benefit,” Felgar told eWEEK. “It’s the perfect business in my view—it’s economically interesting and has public virtue.”

Odin introduced the company’s wireless service at the 2013 M Enabling Summit, which ran June 6-7 and was organized by the Global Initiative for Inclusive Information and Communication Technologies (G3ICT) and E.J. Krause & Associates (EJK).

Odin said it would carry the Huawei Vision ($299), a Project Ray device offered with the support of Qualcomm and built from an off-the-shelf Android phone.

“Our Ray smartphone combined with Odin Mobile’s full-cellular services for the blind and visually impaired, will finally bring to this important community the same services available to the mainstream full-sighted community,” Boaz Zilberman, founder and CEO of Israel-based Project Ray, said in a statement.

“It offers the visually impaired the benefits of a smart device through a unique user interface that makes it easy to use by the tech-savvy and reluctant adopters of advanced technology alike,” Felgar said.

“Our team at Qualcomm Israel worked closely with Project Ray on the operational and product efforts of the first Ray device enabling independence and a richer social life for users by providing an all-in-one, independent-living companion capable of eye-free input, text-to-speech, access to content, navigation, label-recognition, augmented-reality and integration with social networks,” Atkins said in a statement.

On Oct. 22 Qualcomm and Project Ray announced a trial in which the Project Ray phone would sync with audio content from Israel’s Central Library for the Blind, Visually Impaired and Handicapped.

The majority of Odin Mobile’s visually impaired customers will order the phone via the carrier’s toll-free number on a landline, and some will access the Website using screen readers, Felgar said.

After ordering a phone, customers will get a 30- to 45-minute training session on the phone from Odin, Felgar said. It will also send a user guide in a Word document that can be read with screen readers.

Both iOS and Android also incorporate assistive technology and mobile apps for the visually impaired.

On July 6, Amazon.com will offer a Project Ray phone for the blind, but in a quad-band, high-end version that will work anywhere in the world, Zilberman said. That unit is not certified for T-Mobile’s network, however.

Another phone Odin will offer is the $73 Emporia Click for low-vision users. It has a high-contrast color display, large keys and three dedicated speed-dial buttons.

Odin is also in discussions with an Android device manufacturer to offer a regular device that can be customized, Felgar said.