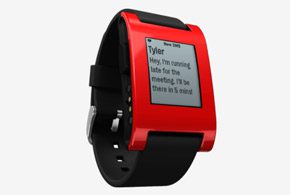 Pebble, the company that began as the dream of founder Eric Migicovsky with a $10.3 million Kickstarter campaign in 2012 is no more and with it are concerns about the continued viability of the wearable market as a whole. Pebble’s assets, such as they are, are being acquired by rival wearable vendor Fitbit in a transaction that was completed on December 6.

While wearables arguably existed before Pebble’s successful 2012 Kickstarter, I for one will argue that it was Pebble, more-so than any other company before it, that helped to ignite the modern wearable computing market. Pebble was the first smartwatch of the modern era, providing its community of users with a way to get notifications from either an Android or IOS phone on an e-ink display. Sure the initial Pebble (since re-named as Pebble Classic), wasn’t a color display and appeared to some to be more of a child’s toy, but it was the start of something. The Pebble phenomenon was also something that Google and Apple responded to with their own wearable platforms.

The first Pebble Kickstarter in 2012 was followed up with a second massively successful Kickstarter campaign in 2015 which raised $20.3 million. With the second Kickstarter, Pebble introduced the Pebble Time, which provides users with a color display and a microphone that works with multiple applications. The Pebble Time is also the watch that I wear today, becoming an integral part of my workflow and my life, since the first minute I put it on my wrist.

By 2015, Google’s Android Wear and the Apple Watch were already in the market, providing robust competition for the scrappy Kickstarter fueled startup that was Pebble. In my own analysis, I personally chose the Pebble Time because of multiple factors that make it superior to its rivals, even today.

While Apple Watch and Android Wear wearables struggle to give users more than a day of batter power, a Pebble Classic can deliver up to 7 days of power, while my trusty Pebble Time (even with my heavy-usage) will routinely provide me with 5 days of power. The Pebble is also fully water resistance to 50 meters and it was also really affordable. Pebble also made it very easy to get started with developing watch faces and apps for the watch, with a cloud developer environment called, CloudPebble.

On May 24 of this year, Pebble announced its third Kickstarter campaign, with the promise of a new Pebble Time 2 and the new Pebble Core device. The campaign raised $12.8 million from nearly 67,000 backers. I personally was planning on getting a couple of Pebble Time 2 watches from my local BestBuy, which was set to get the new devices after Kickstarter backers got their watches in November. Being a strong believer in Pebble and its watches, I wanted to share the devices with family as holiday gifts.

The Pebble Time 2 is however a gift I’ll never be able to give, because it’s never going to be made.

Pebble announced in a December 7 posting on Kickstarter that it was set to begin refunds for the Pebble Time 2 and Core devices.

Simply put, while Pebble had an engaged community and an excellent product, Pebble’s operational costs were exceeding its revenues and it couldn’t raise enough money to make up the difference. The first real sign of trouble at Pebble manifested in March when the company confirmed to eWEEK that it was laying off 25 percent of its staff. At the time, Pebble founder Migicovsky said that the fundraising environment was challenging, though he pledged to remain in the wearable marketplace ‘for the long haul’ even as demand was slowing.

Apparently the ‘long haul’ wasn’t very long at all.

Pebble was not originally designed to be a specific class of wearable, like Fitbit is for fitness. Rather Pebble was a general smartwatch platform, that did provide sleep and fitness tracking as well as notifications. Pebble’s fitness tracking features, combined under the name Pebble Health were however a late addition to the platform, initially debuting in December 2015.

The Pebble watch is now gone, with the talent and the software behind it headed to Fitbit. The company that started the modern smartwatch is no more, but that doesn’t mean the wearable market is dead. Fitbit has found a specific niche for fitness wearables that seems to be growing, reporting on November 2, third quarter fiscal 2016 revenue of $504 million for a 23 percent year-over-year gain. Apple is still going strong with its watch and a new Google Android Wear release is set for 2017.

I expect to continue to wear and use my Pebble Time for months yet to come. I also expect that when the time comes for me buy a new smartwatch, I will (hopefully) have a few different options to choose from.