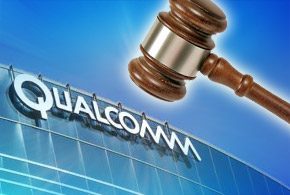 Qualcomm has been slapped with a $1.2 billion antitrust fine by the European Commission for allegedly making billions of dollars in payments to Apple in exchange for exclusively using only Qualcomm’s LTE chipsets in iPhones from 2011 to 2016.

The fine followed an investigation by the European Commission (EC) which found that Qualcomm’s payments were made to keep Apple from using similar parts from competing vendors, according to the EC.

The antitrust agency said Qualcomm abused its dominant market position in making the payments to Apple and that the payments blocked consumers from access to product choices and innovation in their device purchases. The decision was announced Jan. 24.

“Qualcomm illegally shut out rivals from the market for LTE baseband chipsets for over five years, thereby cementing its market dominance,” EC Commissioner Margrethe Vestager, who leads the group’s competition policy, said in a statement.

“Qualcomm paid billions of U.S. dollars to a key customer, Apple, so that it would not buy from rivals. These payments were not just reductions in price – they were made on the condition that Apple would exclusively use Qualcomm’s baseband chipsets in all its iPhones and iPads.”

The chipmaker’s actions “meant that no rival could effectively challenge Qualcomm in this market, no matter how good their products were,” said Vestager. “This is illegal under EU antitrust rules and why we have taken today’s decision.”

According to the EC, Qualcomm signed an agreement with Apple in 2011 that committed the company to make “significant payments to Apple on condition that the company would exclusively use Qualcomm chipsets in its iPhone and iPad devices.” That agreement was later extended to the end of 2016.

“The agreement made clear that Qualcomm would cease these payments, if Apple commercially launched a device with a chipset supplied by a rival,” the EC stated, “Furthermore, for most of the time the agreement was in place, Apple would have had to return to Qualcomm a large part of the payments it had received in the past, if it decided to switch suppliers,” which essentially cut rivals out from making sales of their LTE chips to Apple.

In September 2016, as the agreement was about to expire, Apple began to get some of its LTE chips from Intel, the EC added.

As a dominant company in the LTE chipset market, Qualcomm had a “special responsibility not to abuse their powerful market position by restricting competition, either in the market where they are dominant or in separate markets,” the EC states.

The EC’s $1.2 billion fine against Qualcomm, which represents about 4.9 percent of the company’s revenue in 2017, “is aimed at deterring market players from engaging in such anti-competitive practices in the future,” according to the EC. Qualcomm has also been ordered not to engage in such practices in the future.

A Qualcomm spokesperson could not be reached immediately for comment.

Several IT analysts had varied opinions about the EC’s actions in the case.

Dan Olds, principal analyst at Gabriel Consulting Group, told eWEEK the antitrust agency “really wanted to send a message with their huge fine on Qualcomm” by telling the company “don’t use your position of power to bribe other companies to deny your competitors a piece of the pie.”

Olds called the decision “a very aggressive judgement from the EC and a signal that they’re looking to take the lead when it comes to keeping tech companies in check.”

The case has also raised eyebrows because both Qualcomm and Apple are based in the U.S., a fact that critics bring up when arguing that the EC should primarily focus on European Union (EU)-based companies, said Olds. “This means that any company, regardless of geography, can be a target for EU regulators if those companies do any business in the EU. This ruling, along with others, proves that the EU isn’t shying away from any battles these days.”

Another analyst, Charles King of Pund-IT, said that “while the EU has a well-deserved reputation for dinging what it considers to be anti-competitive behavior, the group’s fines have been reduced and reversed on occasion.” That means that Qualcomm could eventually have the fine lowered on appeal., he said.

At the same time, “even the most able and well-intentioned vendors can run into problems,” said King. “For example, the Intel LTE modems that Apple now uses are reportedly running into various performance issues.”

Qualcomm could use that point to argue that, its payment agreement aside, Apple’s decision to exclusively buy Qualcomm chipsets simply reflected the superiority of its products, King said.

Avi Greengart, an analyst with GlobalData, said the payments from Qualcomm to Apple might say “more about Apple’s dominance than Qualcomm’s” because Apple was able to get discounts on Qualcomm’s advanced LTE chipsets.

“Qualcomm says that the lock-in requirement was due to Apple’s customization requirements,” said Greengart. “If true, this seems like a reasonable explanation; Apple pays more upfront but is discounted back the cost of setup over time. However, Qualcomm needs to clarify how much customization was required.”