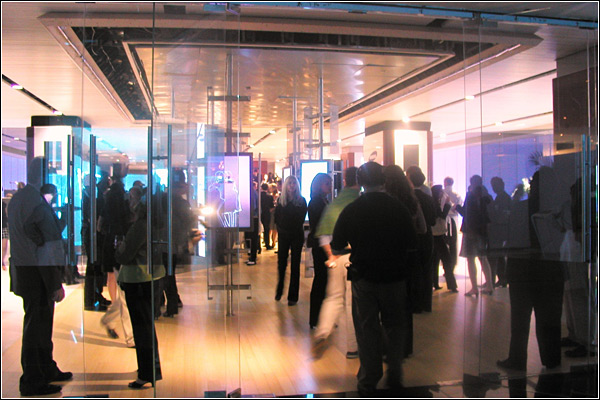 The entrance to the store is all color, flat panels and light. 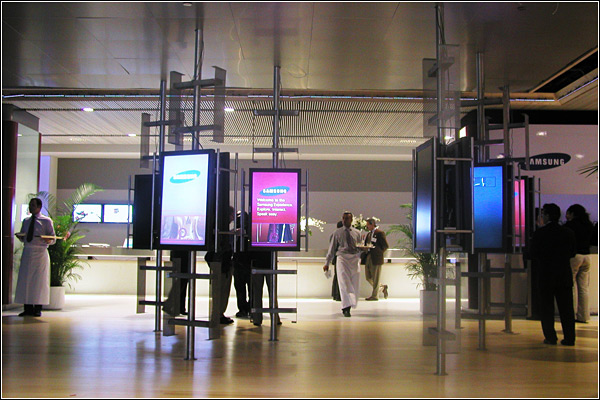 The front part of Samsungs Un Store is open, focusing on flat-panel based branding. 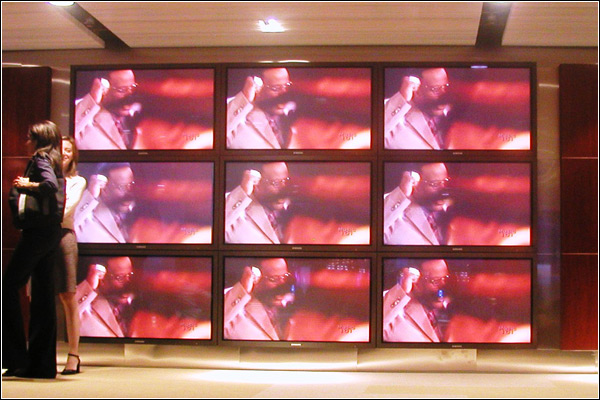 As you head back to the rear of the store, you see Samsungs massive Plasma video wall. Its an impressive array of pixels. 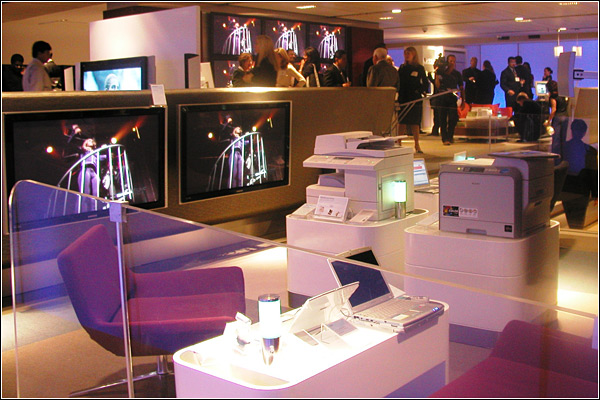 I like the office, but why are the printers so big. Ill bet the printer group wanted to show off its biggest units, to justify what it had to pony up for the store. 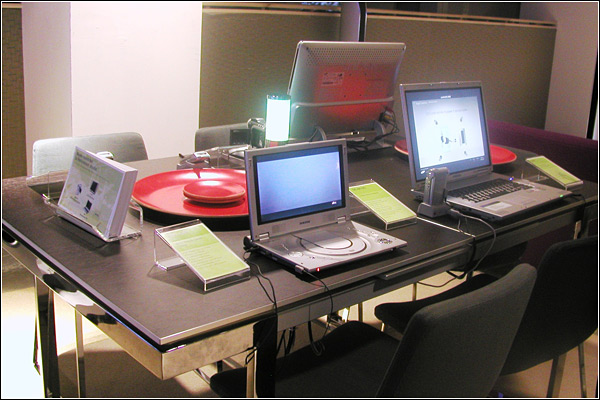 My kitchen table looks like this occasionally, with notebooks, DVD players and more. Of course its not nearly this clean. 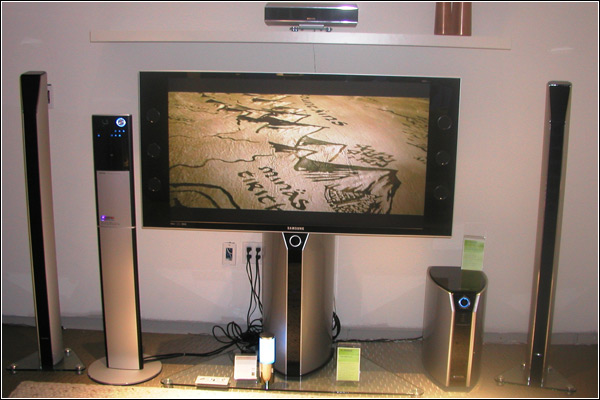 The new DLP lineup includes a 50 with built in speakers, and a sub-woofer in the stand. The company needs to do a better job on training, though. The representative insisted this was a three chip model with a color wheel. Its really still a sin 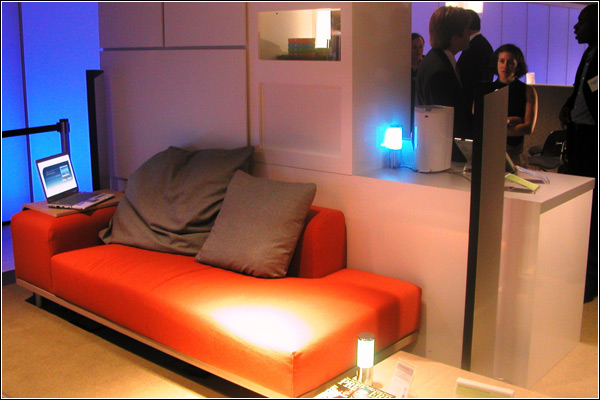 I really like this couch. It speaks to me. 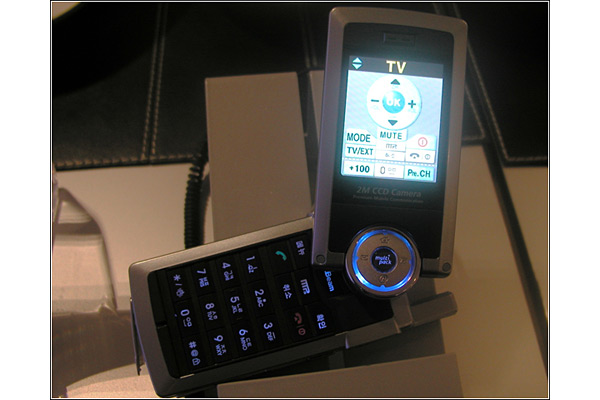 This cool GSM phone, not available in the US yet, includes an infrared remote that controls Samsung TVs and DVD players. Why not universal? The Samsung representatives had no good answer. 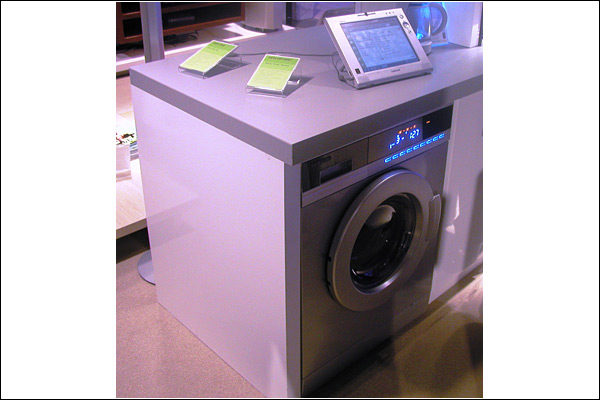 Its not all high-tech products. The store also featured a refrigerator and dryer, although each included convergence elements. I really like my Samsung refrigerator, which as far as I can tell doesnt have a single digital component. Id rather it had 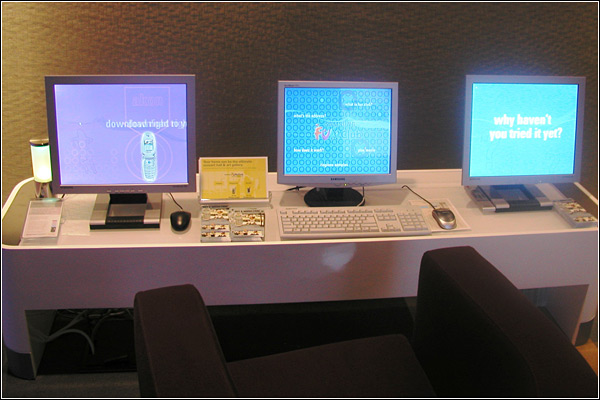 Heres where visitors can download free ringtones to their phones. 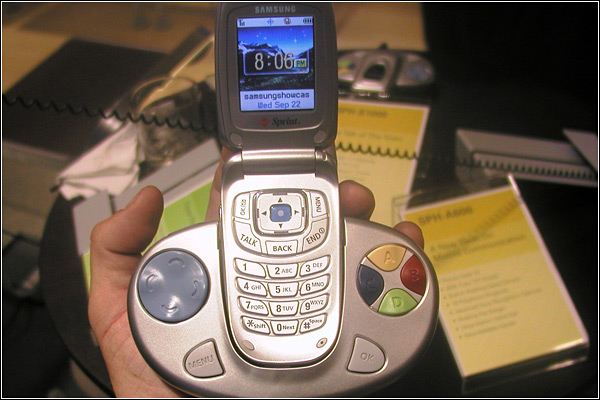 Its not all super-high tech. Thats Samsungs new gaming add-on connected to a low-end phone–which I now own. Its the worst phone Ive ever used, but perhaps itll make a great Tetris appliance. 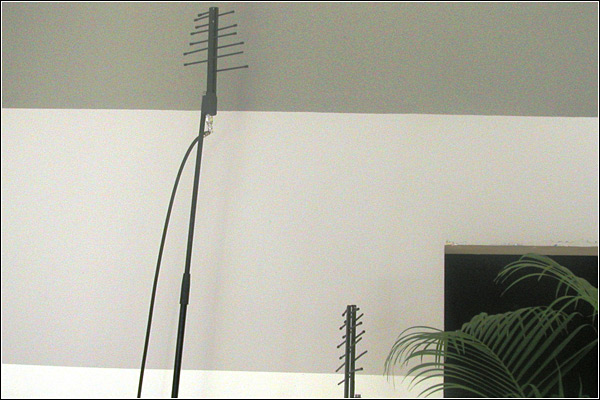 Off in the corner, I spotted two HDTV antennas. I guess they couldnt convince the Time Warner center to put an antenna on the roof. Im betting these dont work so well, as every TV in the place was playing the Lord of the Rings DVD.

13Samsung and Sony retail stores – Outside the Samsung UnStore 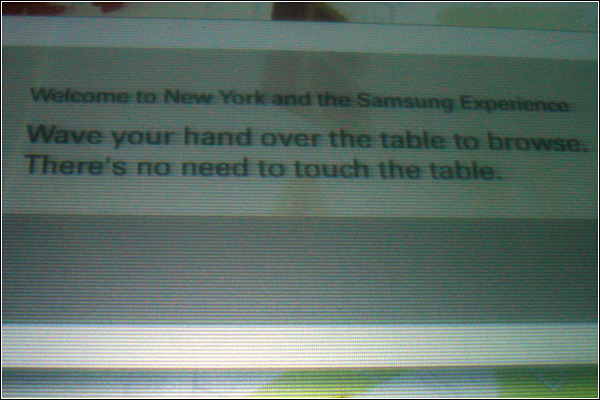 Outside the Samsung Un Store are tables that claim to let you wave your hand over them to get a tour, even if the store itself is closed. This is where the press milled about, waiting for the presentations to start. The technology, alas, did not work–c

14Samsung and Sony retail stores – How Do I Work This? 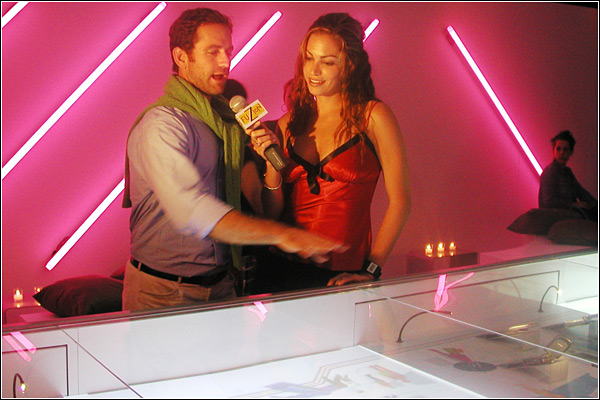 These two TV personalities (who spent the night interviewing each other) were just one of the many attendees puzzled by the directions on the tables outside the store. It wasnt just the clueless–the technology didnt work for anyone. 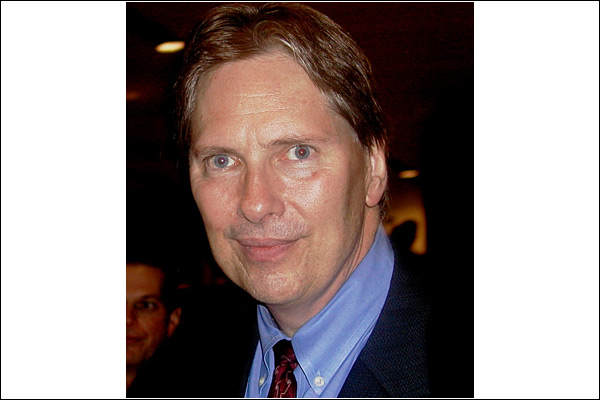 Samsungs senior vice president of US marketing Peter Weedfald. An old buddy, Peter has been instrumental in creating Samsungs brand in the US. He had a long day. 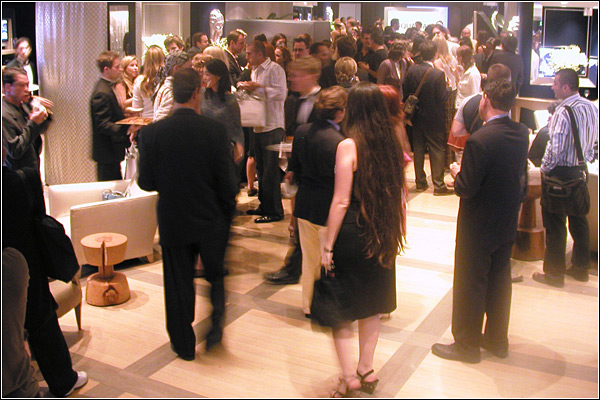 It was a decidedly more hipsterish party at Sonys Qualia showroom roll out. 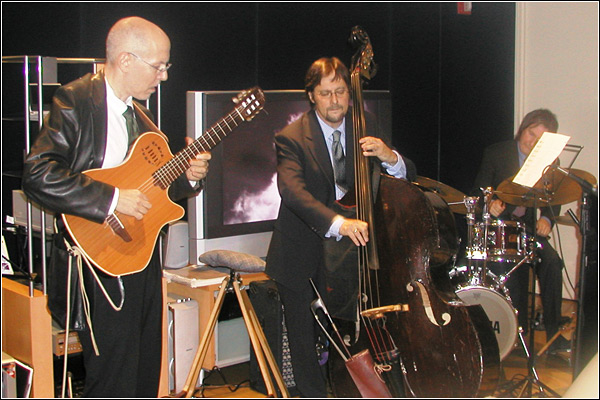 The live music at Sonys party was better. Score one for them. 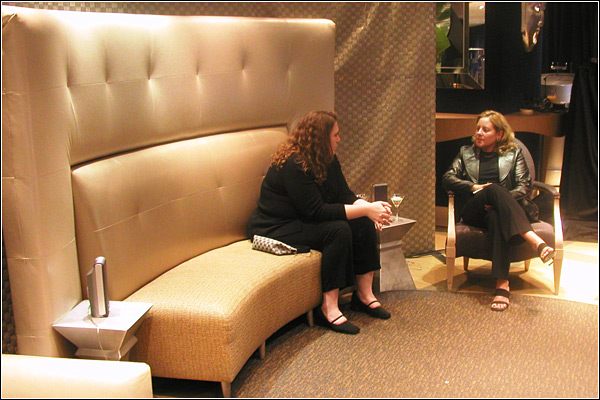 I could see myself living in Samsungs living room–if I had more money and more taste. I could never live in Sonys world. 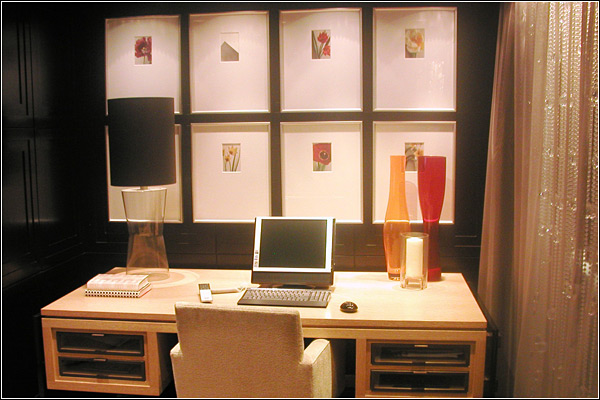 In Sonys world, apparently, the home office computer is always off. 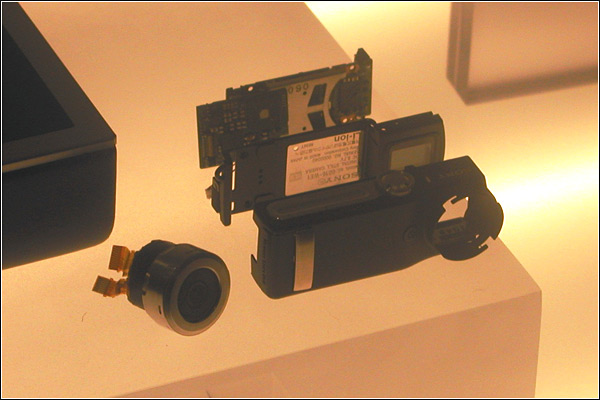 This $3900 digital camera delivers 2 megapixel images. Would you buy it? 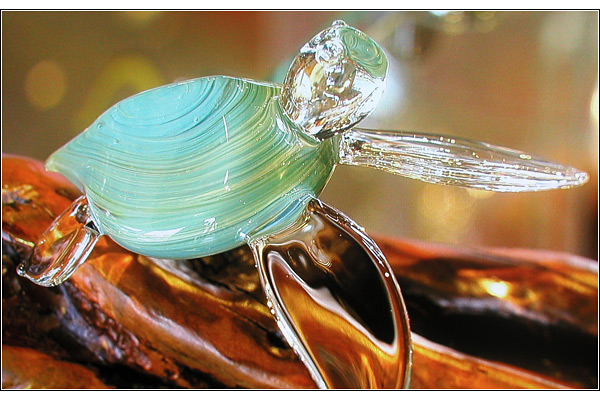 You cant really appreciate the quality in this photograph. But it looked amazingly cool. Not $12,000 worth of cool, but pretty darn impressive! 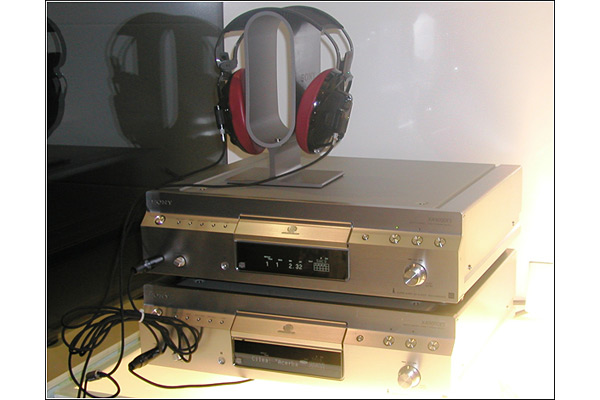 These $1,800 headphones were designed for the Super Audio CD format. They sounded awesome, although much of that was due to the SACD player. When I listened to a regular CD, they sounded flat.