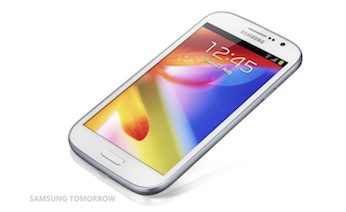 Samsung dominated the mobile market in 2012, but looking ahead, the company is not content to rest on its laurels. In a New Year’s Day speech, Samsung Electronics Chairman Lee Kun Hee told employees that Samsung is looking to find the next major areas of development that will continue the company’s success.

“There’s an ongoing competition by global companies across all areas—from products, technology development and hiring talented people—to patent disputes,” Lee said, according to a report from Bloomberg. “The market is big and opportunities are wide open, so we should find out new businesses that Samsung’s future will hinge on.”

During the third quarter of 2012, despite a globally lagging economy, Samsung posted record earnings, which came thanks to its mobile devices and display panel businesses. Its Mobile Communications business, Samsung said in an Oct. 26 earnings report, brought in more than half of its total revenue during the quarter.

“The business environment remained difficult with global economic uncertainties persisting amid the fiscal concerns in the U.S. and Europe,” Robert Yi, senior vice president and head of investor relations, said in a statement. “However, we continued to break our quarterly profit records.”

Nokia was the leading mobile phone manufacturer for 14 years, but in early 2012 Samsung overtook it, and later in the year became the top-selling smartphone maker as well.

Samsung posted $155 billion in revenue in 2011 and, according to Bloomberg, is expected to have boosted that to about $189.2 billion in 2012. Next week, it will announce the results of its fourth quarter.

Analysts have attributed Samsung’s success to its mix of both high- and low-end devices, and particularly to the success of its Galaxy lineup of Android-running phones and tablets. Its early 2012 introduction of the Galaxy S III took advantage of a slow time on the Apple calendar and a summer season without a new iPhone: In five months, Samsung sold more than 30 million units.

While Samsung devices had been pushing the limits of smartphone screen sizes, the Galaxy S III featured a 4.8-inch display—the largest of any mainstream device—and effectively established larger displays as a norm from which its later devices benefited.

The Galaxy Note, a device that brought back the moniker “phablet,” for being, with its 5.3-inch display, as much a tablet as a phone, surprised many by receiving a strong response. Introducing a 10.1-inch Note in August 2012, Samsung shared that it had already sold 10 million of the original Notes. It has since also introduced a 5.5-inch model.

While Samsung is already the largest provider of televisions, that market is likely to undergo some transformation as Samsung adjusts to take on Apple. Analysts have widely reported that Apple will introduce a television during the first quarter of 2013.

Piper Jaffray analyst Gene Munster, in 2012 reports, said Apple TV was “no longer a matter of if, but when,” and forecast that Apple’s entry into the market would change the way people consume television content.

In November, Samsung also moved into the camera market. Its Galaxy Camera runs Android 4.1, has 3G and 4G connectivity, a quad-core processor and a 4.8-inch HD Super Clear Touch Display on which photos can be taken, viewed, edited and shared.

In a November statement, Seokpil Kim, president and CEO of Samsung Electronics Europe, called it “the next stage of evolution in the history of the camera.”

Another potential area of interest may be the connected car—which both mobile hardware and software makers are investigating. A November 2012 report from Visiongain has forecast the connected car market to reach revenue of $22 billion in 2013.