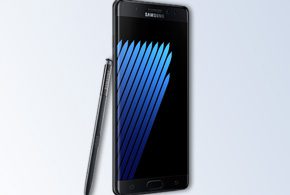 A Southwest Airlines jet was evacuated Oct. 5 in Louisville, Ky., after a Samsung Note7 smartphone began smoking while the plane was still at a gate, potentially adding to Samsung’s woes in connection with its recent Note7 global recall due to battery fires and explosions.

The Louisville incident was revealed in an Oct. 5 report by NBC5 in Texas, which said the flight to Baltimore was evacuated when the fire was discovered. The airline’s gate agents had already warned passengers about flying with Norte7s that were turned on, the report said.

The owner of the phone that began emitting smoke told the TV station that he was surprised when the incident unfolded in his pocket.

“You hear about the phones having these issues, you wonder how likely is it to happen,” Brian Green told the station. “You just never think those things are going to happen to you.”

The flight crew had just asked everyone with a Note7 to turn their phones off for the flight and as he hit the power button, he heard a “pop” sound and the phone began smoking, he said. “I looked around to see what was going on, and I had smoke just billowing out of my clothes and out of my pocket.”

Green “took the still-smoking phone out of his pocket and quickly threw it on the floor, where it badly burned the carpeting and filled the cabin with thick smoke,” the story reported. “It was probably filling up two rows in front of us, and two rows behind us, with pretty thick smoke.”

Green reportedly told the station that his phone was one of the recently replaced units under Samsung’s recall. “Especially with this being a recalled device, or a replaced device, I should say, it’s definitely more concerning to me,” he said.

The 75 passengers and crew members on the flight to Baltimore were evacuated and rebooked on other flights, the report continued.

Meanwhile, the U.S. Consumer Product Safety Commission, which ordered the Samsung recall in September, said it is launching an investigation into the Note7 fire incident on the jet.

“[The] CPSC is moving expeditiously to investigate this incident,” Chairman Elliot F. Kaye said in a statement. “Thankfully, reports indicate that all of the passengers were able to make it off the plane without harm. Agency staff has already reached out to the FAA and Samsung to gather the facts about the incident. Agency staff will also reach out to the consumer who experienced a serious incident with his phone. I want to reiterate my call for consumers who have the recalled Galaxy Note7 to keep their smartphones powered down and to immediately take advantage of the remedies being offered by Samsung. Consumers should know that one of the remedies is a refund.”

A Samsung spokesman acknowledged that the company has been advised of the Louisville incident and is working to investigate the report.

“Until we are able to retrieve the device, we cannot confirm that this incident involves the new Note7,” the spokesman told eWEEK. “We are working with the authorities and Southwest now to recover the device and confirm the cause. Once we have examined the device, we will have more information to share.”

Some 1 million Note7 smartphones were recalled Sept. 15 by the U.S. Consumer Product Safety Commission after at least 92 battery fires or explosions were reported with the new phones due to a defect in the handsets’ batteries. The recall, known as Recall No. 16-266, applies to all Galaxy Note7 smartphones sold before Sept. 15, according to the agency. The move came after a series of fires were reported in the lithium-ion battery in the devices, which could “overheat and catch fire, posing a serious burn hazard to consumers,” the agency said.

Under the recall, the CPSC advised owners to immediately stop using and power down the recalled Galaxy Note7 devices purchased before Sept. 15 to prevent further fires or injuries.

The airline incident quickly follows another recent post-recall report of a problematic Note7 handset. A report about at least one Note7 owner in China who claimed that his new Note7 phone caught fire during charging has also been received since the recall, according to an earlier eWEEK story. Samsung acknowledged the reported incident to eWEEK previously and said it is taking action to review the report. “We are currently contacting the customer and will conduct a thorough examination of the device in question once we receive it,” the company said in a statement.

China was not included in the global Note7 recalls because the batteries in the phones sold there came from a different supplier, according to Samsung.

In a Sept. 29 open letter to its customers in China, Samsung expressed “sincere apologies” for the problems with the handsets and tried to reassure customers that the devices being sold in China are safe because they don’t use the same batteries as the phones that had fires elsewhere. To try to alleviate customer concerns there, the company said it has been using two third-party providers to test and investigate the batteries and devices being sold there to ensure quality and safety.

So far, that testing in China has not discovered any related battery problems that are similar to the incidents that have occurred elsewhere.

Patrick Moorhead, principal analyst with Moor Insights & Strategy, told eWEEK that he continues to watch the situation surrounding the phone, but is keeping an open mind.

“I have been monitoring some claims in China of the original Note7 with the ‘good’ battery catching fire, but not a single one of these incidents has been traced back to Samsung,” said Moorhead. “So for right now, we all need complete information before jumping to any conclusions. The stakes are huge here and would be a shame if anyone makes decisions on anything less than complete information.”

At the same time, “if it is verified that the phone is, in fact, a replacement phone, that caught fire, Samsung will have some major problems on its hands as I believe people will question the quality of their phones and maybe other devices like TVs and washing machines,” said Moorhead. “Samsung at that point, if verified, would be smart to move very quickly to a Note8.”

Samsung earlier this week had announced that its Note7 flagship smartphones are once again being rolled out to stores and mobile carriers and will soon be available for purchase. The new stocks of the handsets began being distributed in Korea on Oct. 1 and are being expanded to other markets around the world in the coming weeks, the company said in an Oct. 3 statement.

To promote the renewed availability of the handsets, Samsung opened Galaxy Note7 “experience zone” stores in several locations across Korea where customers can try out the phones and their features, the company announced.

As the new phone supplies arrive around the globe, Samsung said it “continues to strongly encourage all Galaxy Note7 users who have not yet participated in the exchange program to immediately do so by contacting their place of purchase or calling a designated local call center as soon as possible.”

The original Samsung Note7 was sold through AT&T, Best Buy, Sprint, T-Mobile, U.S. Cellular and Verizon, as well as through Samsung and other websites from August 2016 through September 2016 for between $850 and $890.

Samsung claims that more than 1 million customers around the world now have received and are using new replacement Note7 smartphones that include batteries that are approved for use. The approved batteries do not contain the flaws that allowed earlier batteries to catch fire or explode.

About 90 percent of Note7 owners are staying with the model after returning their phones due to the global recall, Samsung said previously.

In September, Samsung advised customers that the new Note7 handsets can be distinguished from the recalled phones by the presence of a green battery charging light on their displays, in contrast to the white charging light indicator that was included in the original Note7 that had the battery problems. The new green battery icon is visible on the phone’s status bar, on its always-on display screen, and on the phone’s power-off prompt screen, which can be accessed by long-pressing the power key.

The green lights appear after software updates are applied to the new phones. Users can also check the original display box that came with their phones to check for a solid black square on the top right of the label on the box. The solid black square indicates that the Note7 inside is one of the updated, non-defective units.

The Note7, introduced in August, is a 4G LTE phone that features all-new iris scanning capabilities for security, a much-improved integrated S Pen stylus, a first-ever “Secure Folder” feature and other updates aimed at making users more productive and creative. It is slimmer and more rounded compared with the previous version, the Note 5, which debuted in August 2015. The latest device takes many of its features from the company’s latest S7 and S7 Edge smartphones, which were released in March.