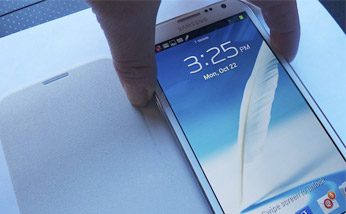 Apple has long been viewed as the most creative and innovative company in the personal technology world. From its iPhones to its iPads to Macs, the company has established itself as the leader that all others envy. Not even the great Microsoft has been able to reach the level of success and fan idolatry that Apple has. It’s been a sight to see.

But lurking in the shadows is a company that has quietly found a way to out-Apple Apple. With its strong products and its interesting marketing tactics, Samsung has established itself not only as Apple’s chief courtroom adversary, but also its top sales competitor. For years, we’ve been hearing that no company could ever match Apple. But Samsung has done it. In fact, in the mobile market, it’s already bested Apple in some respects.

So, how did Samsung do it? And perhaps more importantly, why hasn’t Apple found a way to turn back Samsung’s competitive advances.

Read on to find out why Samsung has been so successful at hurting Apple.

Apple is often viewed as the world’s leader in design, but Samsung is not too shabby either. The company’s product designs are simply beautiful, and in some cases, best those from Apple. Design matters in today’s electronics world and Samsung has shown it won’t take a back seat when it comes to its product design and innovation.

2. It’s a matter of product features

Samsung’s products are successful because they offer more bang for the buck than Apple’s. For example, the company’s Galaxy S III, which competes against Apple’s iPhone 5, comes with a better processor, a bigger screen and more features, like near-field communication. If you don’t think that matters to customers, you’re kidding yourself.

Although Apple has tried to say that its lawsuits against Samsung are designed to protect its intellectual property, they might actually be hurting the iPhone maker. The lawsuits make Apple look like a bully and too focused on patent litigation to protect its market than competition through superior product design. The same might be said for Samsung, which also targets Apple with its own lawsuits, but for some reason, right now, Apple still comes out looking like the bad guy and that’s hurting the Cupertino-based company.

If Samsung delivered just typical Android device designs, the company wouldn’t be nearly as successful in the mobile market as it is today. With its own take on Android, Samsung has found a way to appeal to customers that are attracted to Google’s platform, but want a better design and something fresh. It’s a smart move on Samsung’s part.

Samsung Is Putting Market Pressure on Apple in 10 Different Ways

Samsung has done an extraordinarily good job of marketing its products. In some cases, Samsung has tried an elegant approach, highlighting the finer features of its products. In others, the company has taken the fight directly to Apple and its fans. In either case, the efforts are working. And Samsung sales are on the rise because of it.

Consumers have come to trust Samsung. For years now, the company has been delivering high-quality products that consumers are willing to get behind. The same might be said for Apple. But Samsung’s market image is starting to achieve Apple’s level. Meanwhile, none of the other device makers have been able to establish such trust. That has hurt them and helped Samsung.

There is something to be said for Samsung’s ability to attract customers across a wide array of industries. The company is often noted for its success in the mobile space or televisions, but its home appliances really brought its brand to consumers in the Western world. Now, they’re keeping Samsung successful in the electronics business as customers figure that if the company can offer solid appliances, why can’t it also deliver a solid mobile device or television? It’s a fascinating case study on the halo effect a seemingly unrelated product can have on the rest of a diversified company’s product lines.

The important thing to remember about Samsung is that it’s truly an international brand. From South Korea, where it makes its home, to the U.S., Samsung has broad appeal across a wide array of industries. Over the last several years, Samsung has been able to make its case to customers in countries all over the world with very different tastes in products. Sounds awfully Apple-like, doesn’t it?

Apple has mistakenly validated Samsung products by comparing so many of its devices to its top competitor’s. It seems that at each new mobile product announcement, Apple takes time to compare its offering to Samsung’s. By doing so, Apple is giving the media a comparison it can sink its teeth into. In the process, it’s helping bring Samsung devices to the fore as viable alternatives in the minds of consumers. That’s never a good idea.

10. Blame it on the carriers

Carriers have played an integral role in the establishment of Samsung as a true competitor and threat to Apple. Fearing Apple’s dominance and control, carriers have increasingly promoted Android devices. Chief among those Android devices are those from Samsung. That has only helped Samsung’s sales and prompted the company to establish itself more as an equal to Apple, rather than a second-rate rival trying to play catch up.