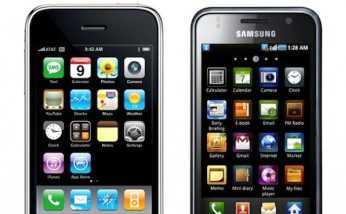 Samsung celebrated a hard-fought legal victory Jan. 29 when a federal judge declared that the South Korean device maker’s infringement of Apple iPhone design and utility patents was not a willful scheme.

Nonetheless, the world’s largest device maker will still have to pay a hefty fine for violating some Apple intellectual property.

Apple had also sought court injunctions against Samsung against the sale of Samsung’s 152 smartphones and tablets, including its popular Galaxy brand, in the United States. That request was denied by Koh in December.

Back on Aug. 24, a federal court jury also presided over by Koh decided to punish Samsung with a $1.05 billion damages slap for ostensibly copying Apple’s products.

Koh’s final decision found Samsung willfully in violation of seven of Apple’s design and utility patents. These covered the design of Apple’s iPad and iPhone products, as well as essential user interface elements.

One of the specific patents that jurors—and Koh—determined Samsung had copied from Apple is called the Bounce, which is what happens to content on the screen of any iOS device when a user scrolls down to the bottom of a page, and the page sort of “bounces” to let him or her know the end has been reached.

Additionally, design items such as the curves on the edges of Samsung’s smartphones and tablets were also cited as being “willfully” copied from Apple’s products.

Koh did not find that Apple infringed on Samsung’s intellectual property.

Koh explained in her order that to constitute willful infringement, “Apple must prove by clear and convincing evidence that there was an ‘objectively high likelihood that its actions constituted infringement of a valid patent.'” Koh decided that in each of the seven cases the violation was not willful.

A key Apple motivation in this case is that Android is eating iPhone’s lunch all over the world. Android Inc. co-founder and Google Senior Vice President of Mobile and Digital Content Andy Rubin has stated that more than 900,000 Android devices are activated each day.