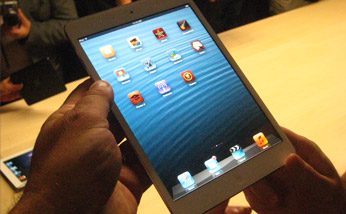 When Apple previewed its redesigned iOS 7 on June 10 during its Worldwide Developers Conference in San Francisco, among the surprises was Siri’s new partner in mobile search: Bing.

When iOS 7 is released this fall, Apple will be switching from Google to Microsoft’s Bing for Siri’s default Web search functions. While the move is unlikely to put a dent in Google’s share of Web searches, it could provide a big boost to Microsoft, whose search platform trails Google—and by a wide margin.

Google consistently leads the global search engine race. According to ComScore’s statistics, Google dominated the market in December 2012 with 114.7 billion searches or a 65.2 percent share. Chinese search engine Baidu.com and Yahoo.com rounded out the top three. Microsoft’s Bing placed fifth with 2.5 percent of the market, after being narrowly edged out by Yandex, a Russian search engine, for the second month in a row.

Siri may help turn things around.

Noting that both search technologies are fairly evenly matched and that “Bing loses money,” Slate Moneybox’s Matthew Yglesias sees the new partnership as a potential coup for Microsoft. “Basically Microsoft needs to get more people to use Bing, since if they started using it they’d likely find it satisfactory,” he blogged.

iOS 7 may offer Microsoft that opportunity. Apple’s iOS device ecosystem represents a new frontier for Redmond, according to Derrick Connell, Bing vice president. “We are thrilled that all the great results people have come to know and love on Bing.com will now be available to Siri users on iPhone, iPad and iPod Touch,” he said in a blog post.

“Making sure customers can have access to the power of Bing where and when they need it has been a big focus of the work we have done over the past few years, and we are excited to work with Apple to deliver it to Siri users this fall,” added Connell.

Despite brisk iPhone sales, Google’s Android mobile operating system has proven a strong competitor for Apple. IDC crowned Android the top smartphone OS based on worldwide smartphone shipments during the first quarter of 2013. Combined, both Android and iOS commanded a staggering 92.3 percent share of the market.

The Siri-Bing partnership also adds an awkward new dimension to Microsoft’s recent Windows 8 marketing campaign. In May, the company began running TV ads called “Windows 8: Less talking, more doing.” The spot, which pits an iPad against a Windows tablet, uses a dejected Siri to play up some of Windows 8’s strengths.

Soon, Siri may emerge as a major provider of mobile search traffic for Microsoft.

As was widely rumored, the popular mobile operating system on the iPhone and iPad has also gained several new features, including iTunes Radio, and lost most of its skeuomorphic tendencies, adopting instead a “flat” new look.