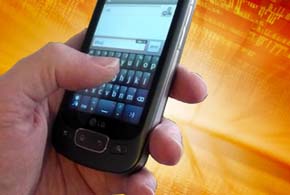 As wireless manufacturers have struggled to find ways to differentiate themselves with advanced features and technology since 2011, price has become an increasingly important driver in the device selection process, according to the first volume of J.D. Power’s 2014 U.S. Wireless Smartphone Satisfaction Study.

The study, based on experiences evaluated by 13,237 smartphone customers who have owned their current smartphone device less than one year and who are customers of the four Tier 1 carriers, measures customer satisfaction in four factors, including performance (31 percent), physical design (23 percent), features (23 percent) and ease of operation (23 percent).

While smartphone owners continue to cite “features” as the primary reason for selecting their device (35 percent), the rate has declined significantly from the 2011 Vol. 2 study (57 percent).

More than one-fifth (21 percent) of smartphone owners cited “price” as the main reason they chose their particular device, an increase from 13 percent in the 2011 study.

“Over the past three years, wireless OEMs have focused on advanced technology and features to edge out the competition, however, with such similar technology across carriers and devices offered, price is becoming a key component in the selection process,” Kirk Parsons, senior director of telecommunications services at J.D. Power, said in a statement.

When asked which features they would like on their next device, smartphone owners most often cite seamless voice control (36 percent), built-in sensors that can gauge temperature, lighting, noise and moods to customize settings to the environment (35 percent) and facial recognition and biometric security (28 percent).

“To get ahead of the competition and satisfy customers, manufacturers must meet the expectations of customers, ensuring the features they want next are intuitive and rewarding,” Parsons said. “Providing an easy-to-use, yet powerful operating system with the ability to customize applications to suit individual needs is essential to providing a high-quality and positive wireless experience.”

In 2014, the average purchase price for smartphone devices has increased and owners are less likely to receive a discount. On average, smartphone owners indicate that their device cost $202 in the 2014 Vol. 1 study, an increase from $174 in the 2011 Vol. 2 study.