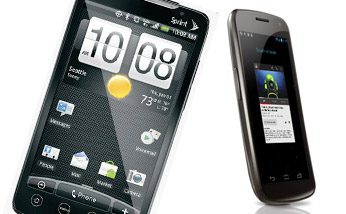 A combination of factors have driven smartphone sales forward—including strong demand from end users, greater emphasis by both carriers and vendors, and a deep selection of devices available at multiple price points.

With the rise in global smartphone shipments, demand has quickly spread from developed markets to emerging markets, which will account for 65 percent of all smartphones shipped during 2013. That’s an increase from 43 percent in 2010.

This year will mark the first year that smartphone shipments surpass those of feature phones, with smartphones expected to account for 52.2 percent of all mobile phone shipments worldwide, according to IDC.

“2013 will mark a watershed year for smartphones,” Ramon Llamas, research manager for IDC’s mobile phones program, said in a statement. “If you look at the number of vendors who support both feature phones and smartphones, many of them have not only successfully transitioned their product portfolios to highlight smartphones, but smartphones have become their primary value proposition going forward.

“In some cases, smartphones have accounted for well over 50 percent of their quarterly shipment volume. Looking ahead, we expect the gulf between smartphones and features phones to grow ever wider,” Llamas stated.

Smartphone average selling prices (ASPs) have declined to $372 in 2013 from $407 in 2012 and $443 in 2011, and are expected to drop as to low as $309 by 2017, with emerging market demand the main catalyst in this change. In addition, user behavior has switched from simple voice telephony to data consumption and creation, and the smartphone has become the ideal tool for many users.

However, the report noted computing at such low end-user cost has posed many challenges to handset original equipment manufacturers (OEMs) and component suppliers. One way in which vendors have managed to keep costs down is by continuing to produce 3G smartphones alongside faster 4G smartphones.

“At a time when the global smartphone market is growing at 33 percent year-over-year, average selling prices have plummeted, dropping 8 percent in 2012, with another 9 percent expected this year,” Ryan Reith, program manager for IDC’s Mobility Trackers, said in a statement. “Smartphones have become increasingly common in emerging markets, and it is often the first affordable means of computing for these markets. These are markets where average personal income is far less than in developed markets, and therefore vendors have been forced to create smartphone computing experiences for the low end of the market.”