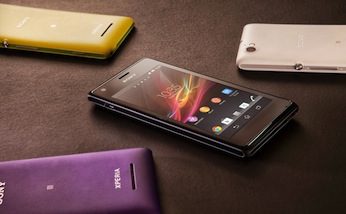 Consumer electronics giant Sony continued its seemingly endless rollout of the Xperia line of mobile devices with the announcement of the Xperia M, which is also available in a dual SIM version called the Xperia Mdual.

The dual SIM variant lets users select between two SIMs before making a call or sending a message, and each SIM card can also be customized separately. The two handsets will both be available worldwide in the third quarter of the year, and while Sony hinted the models would be available at a new price point, no specific pricing details were revealed.

The handset is enabled with near field communication (NFC) technology and sports a 4-inch FWVGA touch-screen display and LED illuminations, Sony’s audio enhancement technology ClearAudio+, xLOUD and 3D Surround Sound, a dual core processor and a 5-megapixel fast capture camera with auto-focus and high dynamic range (HDR) for photos, along with a dedicated shutter key.

The Xperia M also features Sony’s one-touch functions, allowing users to access and share photos and music across an array of devices, such as Sony’s SBH20 wireless stereo headset and latest range of NFC-enabled Bravia TVs. The handsets will be available in black, white and purple, while a yellow color variation will also be available for the single SIM model.

The phone’s battery also has a Stamina mode, which is designed to improve the standby time by four times or more by automatically shutting down battery-draining apps whenever the screen is off and starting them up again when the screen is back on.

On the applications side, the Xperia M boasts a variety of Sony’s media apps, designed to provide consistent entertainment experiences across mobile, tablet, desktop and console platforms. For example, the Walkman, Album and Movies apps provide online and offline content through a single access point.

The Walkman application provides access to all a user’s downloaded music, plus Music Unlimited with more than 18 million songs to explore, and Facebook social integration. The Movies application gives consumers access to more than 100,000 movies and TV series from Video Unlimited. Lastly, the Album application enables access to Facebook friends’ photos, as well as the ability to organize images both by location and, through the new Faces function, by the people that feature in them.

“Consumers looking for their first steps into the world of Xperia smartphones would be well-advised to look at Xperia M or Xperia Mdual,” Calum MacDougall, director of Xperia marketing at Sony Mobile Communications, said in a statement. “Both models benefit from Sony’s proven innovation and engineering expertise, and are perfect for those who want the premium technology and experiences often only associated with high-end models.”

Sony has been steadily launching its line of Xperia smartphones and tablets since the year began, and many of them have water-resistant designs (the Xperia M is not one of them), but with the launch of the Xperia ZR, the company is taking the technology to new heights–or depths, so to say. Announced last month, the Xperia ZR features the highest level of water-resistance for capturing photos and full HD videos–up to 5 feet underwater.