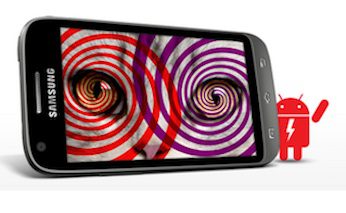 Sprint has begun rolling out an Android update to users of the Samsung Galaxy Victory—the first Long Term Evolution (LTE)-enabled phone on the Virgin Mobile network.

Virgin Mobile began selling the Victory Feb. 25, with Android 4.1, a flavor of “Jelly Bean,” on board. Sprint’s April 11 news of an update is to Android 4.1.2—a subtle boost up, but one that nonetheless brings with it:

—Swype, a method of typing that lets a user drag her finger or a stylus around in one single gesture, instead of lifting and tapping at letters or numbers;

—notifications now display the full text of incoming SMS messages, and recipients of MMS messages can see the whole photo in the notification;

—users can now pinch notifications, to expand or collapse them;

—notifications from the same application are now grouped together, with just the first item expanded;

—text-to-speech capabilities are available in English;

—voice typing is possible without an Internet connection;

—there’s the ability to manage and create Google+ Events;

—Zagat ratings and reviews are built into Google Maps;

The Victory features a 4-inch touch display and a 1.2GHz dual-core processor. There’s a 5-megapixel camera with HD video capture on the back and a 1.3-megapixel up front. Connectivity options include Bluetooth, WiFi, Near Field Communication (NFC) technology and S Beam, which allows a user to share information—ranging from video files to a business card—with another person with an S Beam device by tapping the two together.

Virgin offers the Galaxy Victory contract-free for $249.99, down from the $299.99 Sprint announced in February.

Virgin Mobile, once the relative bad-boy of the industry, has recently taken aim at T-Mobile, which is going after value-minded customers and reinventing itself as the feisty no-more-Mr.-Nice Guy. (Or, Nice Girl, as it were. In recent ads, its hot-pinking-wearing spokesperson has traded in her frocks for motorcycle leathers.)

Virgin Mobile has begun advertising, “Ditch T-Mobile and Get a $100 Credit. … It’s a No-Brainer.”

T-Mobile, in addition to undergoing a brand overhaul, hiring a foul-mouthed, immensely likeable new CEO, finally working out a deal to sell the iPhone 5 and launching its first LTE networks, is in the process of acquiring prepaid carrier MetroPCS. None of this is good news for Virgin Mobile.

The prepaid market—which now includes high-end devices and a wide demographic of users—is now growing at a rate that’s surpassed the postpaid market, and is expected to continue at a clip.

IDC, in a December 2012 report on the prepaid market, highlighted its particular importance. “Prepaid is critical to revenue and subscriber growth,” it said, “at a time when wireless providers are striving to boost performance in an increasingly saturated market.”