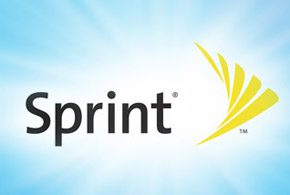 Sprint has unveiled its latest Unlimited Freedom for Business mobile phone plans that cut costs for business users compared to Sprint’s previous pricing plans and provide unlimited talk, texting and 4G LTE data while users are on the company’s network.

The Unlimited Freedom for Business plans, which were announced on Oct. 7, cost $55 monthly for the first line, $35 for a second line and $25 per month for the third through 10th lines. All additional lines are $35 each per month under the plan.

The new plans also include unlimited lower-speed, mobile-optimized streaming for video and cloud-streaming for gaming and music, according to Sprint. Users will each also receive 5GB of 4G LTE mobile hotspot data per month, as well as VPN and P2P access. International business users can get unlimited international texting from the United States to international countries using Sprints global roaming plans.

“We have witnessed an overwhelming positive response to our industry-leading Unlimited Freedom plan for consumers,” Jan Geldmacher, the president of Sprint Business, said in a statement. “And now, we’re looking forward to delivering this same type of plan to businesses.”

Sprint also offers existing Business Share More mobile plans that allow businesses of all sizes to customize mobile packages that provide the data, talk and text services their employees need at prices that are fixed each month, according to an earlier eWEEK story. The plans, which were unveiled in May, allow businesses to choose data plans starting at $90 for 20GB plus up to 10 phone, tablet or mobile broadband lines at $10 each (total package $190 for 10 lines with data, talk and text per month), to packages of 1,000GB of data a month for $3,500, plus $10 per mobile line for an unlimited number of users (total price $13,500 per month for 1,000 mobile device lines with data, talk and text).

In July, Sprint reported net operating revenue of $8 billion for the first fiscal quarter of 2016, which equaled its total for the same quarter in 2015, while its net operating loss widened to $302 million from a $20 million loss a year prior.

The loss included a $113 million in non-recurring contract termination charge primarily related to the termination of a prior wholesale arrangement with Ntelos Holding Corp., while listing operating income of $361 million, which fell from $501 million a year prior. Sprint lost 8 cents per share, compared to a 1-cent-per-share loss for the same quarter in 2015.

The number-three mobile carrier did have some positives in its earnings report, however, as it announced the addition of 173,000 Sprint-branded postpaid mobile phone customers for Q1, as well as a 1.39 percent churn rate for the quarter, which the company said was its lowest-ever churn rate.

The company’s $302 million quarterly loss continues a streak of quarterly losses that has been going on for a decade at the company, but its leaders remain optimistic about its future.

Overall, the company reported 377,000 net mobile customer additions in the first quarter, including postpaid net additions of 180,000, prepaid net losses of 331,000, and wholesale and affiliate net additions of 528,000, over its main Sprint nameplate and its other brands. The company’s overall postpaid churn of 1.56 percent in the quarter was unchanged for 2015, while its prepaid churn rate of 5.55 percent was up from 5.08 percent a year prior.

The company has also raised about $5.1 billion in cash through the temporary lease-back deals involving some of its cell tower equipment, according to earlier eWEEK reports.

Sprint is expected to announce its Q2 2016 earnings figures on Oct. 25.