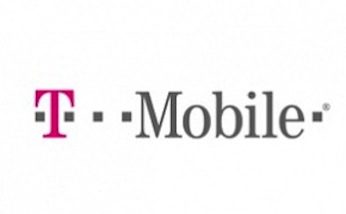 T-Mobile CEO John Legere, on his seventh day on the job, announced that the carrier has reached an agreement with Crown Castle in which T-Mobile will transfer the rights of 7,200 of its towers for $2.4 billion in cash. The money will help T-Mobile in its “network modernization” strategy that includes the rollout of a Long Term Evolution (LTE) network.

Crown Castle owns, operates and leases cellular towers and other infrastructure to wireless communications companies. The agreement gives Crown Castle the right to lease and operate the towers for about 28 years, after which it will have the option to buy the towers for another $2.4 billion.

Over a minimum of 10 years, T-Mobile will maintain its communications facilities on the towers and will have the right, subject to certain limitations, to make modernization changes on the sites.

Legere, in a Sept. 28 statement, said he was pleased that the agreement brings T-Mobile closer to realizing the “bold vision” outlined in the company’s “Challenger strategy to solidify our competitiveness in the industry by investing in areas where we anticipate the strongest return for our customers.”

In February, then-CEO Philipp Humm outlined the strategy, the primary focus of which is to make “amazing 4G services affordable.”

“We want to be known for delivering the best value in wireless because of the advanced technology we deliver at an affordable price,” Humm said in a Feb. 23 statement.

Over the next two years, Humm added, T-Mobile would prioritize and invest in initiatives that would get it growing again, starting with a $4 billion overhaul of its network.

Refarming some of its spectrum and using spectrum it received in AT&T’s failed efforts to acquire the smaller company, T-Mobile plans to begin rolling out LTE alongside its Evolved High-Speed Packet Access (HSPA+) 4G network.

Crown Castle has about 30,000 towers and small cell operations in more than 50 markets. It estimates that the T-Mobile towers will enable it to earn between $125 million and $130 million before financing costs in 2013 and believes the towers have “sufficient capacity” to accommodate at least one other tenant without the investment of much more money.

Verizon Wireless, AT&T and Sprint all have LTE rollouts under way. An LTE network is critical to T-Mobile’s ability to compete and, further, will enable it support an iPhone, which is also critical to helping it maintain its subscriber base.

Before joining T-Mobile, Legere was CEO of Internet services provider Global Crossing, and before that held positions at Dell and AT&T. Joining T-Mobile Sept. 22, Legere said he was pleased to arrive at such “a pivotal time” and looked forward “to leading our team and partners to accelerate these efforts to become a force in our industry.”