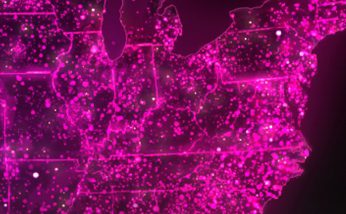 As consumers use their smartphones and tablets to download ever more data onto their devices, they’re developing an appetite for unlimited data plans over high-speed 4G Long Term Evolution (LTE) networks—and network operator T-Mobile is looking to draw those customers by offering its Unlimited Nationwide 4G Data plan, but it will be available with no annual contract.

Since its introduction in September, T-Mobile’s Unlimited Nationwide 4G Data plan has been the most popular plan choice among T-Mobile customers, with nearly half (46 percent) of new customers opting for the new data plan in December 2012, according to the company. The plan will be available with no annual contract for $70 per month online, at T-Mobile stores and select retail stores and dealers.

“Simply put, consumers want their data to be blazing fast, without limits and without overages,” T-Mobile USA Chief Marketing Officer Mike Sievert said in a statement. “With our new Unlimited Nationwide 4G Data plan, that’s exactly what we’re giving them, and for the first time, we’re offering it without an annual contract. Other carriers want to lock customers in; we’re going to earn our customers’ business with an amazing 4G experience every day.”

T-Mobile is also having a special offer on one of its latest smartphones as part of a kickoff promotion. Starting Jan. 9, the LG Optimus L9 will be available for $199.99 with no annual contract. Featuring a 4.5-in. quarter-high-definition (qHD) Corning Gorilla Glass 2 touch-screen display, the Optimus L9 runs Google Android 4.0, a 1GHz dual-core processor, up to 4GB of internal memory and an external micro-SD slot expandable up to 32GB, as well as 1080p HD recording, a 5-megapixel rear-facing camera with LED flash, VGA front-facing camera and camcorder, and Bluetooth technology.

“As the ‘Uncarrier,’ we’re doing the unthinkable,” T-Mobile USA president and CEO John Legere said in a statement. “We’re directly confronting the frustrations of American consumers fed up with the cost, complexity and congested networks of our competitors. Our Unlimited 4G Data plan means 4G speeds, no caps and no overages on a smoking-fast, nationwide, 4G network. What this means is simply that T-Mobile customers are going to be able to enjoy everything a 4G smartphone is actually designed to do without limits and without a term contract.”