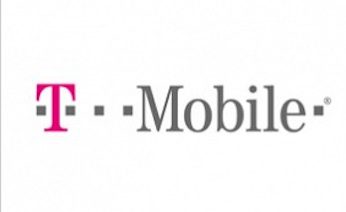 T-Mobile will begin selling the Apple iPhone 5 Friday, April 12, and now it’s offering a new incentive for current iPhone owners to switch to its new-and-improving network.

Through Father’s Day, June 16, “well-qualified customers” can bring in an iPhone 4 or iPhone 4S and receive an iPhone 5 for no money down, but with a monthly payment plan.

For all others, T-Mobile is offering the iPhone 5 for $99 down and 24 (interest-free) monthly payments of $20.

Further, T-Mobile will potentially pay for the device that’s being traded in.

“Depending on the trade-in value of their device, customers will also receive a credit of up to $120, which can be used toward monthly payments, an existing T-Mobile bill, or the purchase of accessories or another device,” it said in an April 10 statement.

“Our message to iPhone 4S and iPhone 4 customers is simple: bring in your device and trade up to iPhone 5 on T-Mobile,” Chief Marketing Officer Mike Sievert said in the statement. “We are making it incredibly attractive to buy an iPhone 5 by pairing an unbeatable up-front price and trade-in offer with Simple Choice, the most hassle-free and affordable rate plan in wireless.”

T-Mobile announced March 26 that it will begin selling the iPhone 5 April 12, and also that its iPhone is unlike competitors’. Apple has upgraded the hardware, enabling the phone to work in more spectrum bands. It’s the only iPhone 5 to currently support HD Voice.

“I’ve been telling you that when the iPhone comes to T-Mobile it would be different,” T-Mobile CEO John Legere said at the event. “The experience on this iPhone is going to be beautiful from Day One.”

At the event, T-Mobile also announced that its Long Term Evolution (LTE) network is now live in seven cities—Baltimore, Houston, Kansas City, Las Vegas, Phoenix, San Jose, Calif., and Washington, D.C.—which the iPhone will be able to take advantage of.

The $99 that T-Mobile is willing to waive somewhat evens-out the lure that Virgin Mobile recently began offering. The smaller prepaid brand, which runs on the Sprint network, is now offering $100 to anyone willing to “ditch T-Mobile” for its services. After a month, the amount will be credited to a new subscriber’s account.

While Verizon Wireless and AT&T are now offering shared-data plans that focus on buckets of data instead of individual devices, and so encourage subscribers to connect more devices, T-Mobile and Virgin Mobile remain among the group courting more value-minded consumers.

Virgin Mobile, as part of its $100 offer, makes a point of highlighting that T-Mobile offers 2GB of high-speed data for $60 a month, while Virgin Mobile offers the same for $55—a $120 savings over two years.

T-Mobile, meanwhile, has pointed out that its iPhone 5, when paired with a $50 monthly plan, offers a savings of more than $1,000 over two years, when compared to a comparable AT&T plan.

Both have also taken a marketing approach that emphasizes being smart (the Virgin Mobile sites include a right brain versus “wrong brain” campaign) and choosing the carrier not trying to pull the wool over your eyes.

“It’s time to disrupt the status quo in this industry,” said Legere. “[This is] about giving people a simpler choice and a better way.”