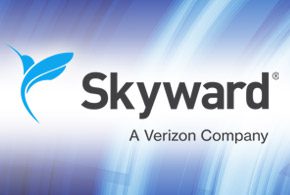 Verizon is bolstering its growing involvement in the drone and internet of things industries by acquiring drone operations management company Skyward.

Skyward, based in Portland, Ore., offers commercial drone software that merges operations tracking and reporting, flight planning, flight logging, compliance tracking and other tasks to help improve workflows for small to large business users, according to the company’s Feb. 16 announcement. The acquisition price and other terms of Verizon’s acquisition of Skyward were not announced.

Spokespersons for both companies declined to comment on the acquisition when reached by eWEEK.

A wide range of businesses, from e-retailer Amazon to agricultural businesses, photographers, energy production companies, news operations and others, have been clamoring for the ability to use drones for several years but have been prevented from doing so until drone flight rules were adopted by the Federal Aviation Administration. Many of the companies have been arguing that delays in implementing drone rules in the United States have kept businesses from benefiting from cost savings and new revenue from their use. The FAA announced the first commercial drone flight rules in June 2016, according to an earlier eWEEK story.

Verizon hopes the acquisition of Skyward will build on the continuing spread of commercial drone use in the U.S. and around the world by bringing together Verizon’s IoT operations with its wireless network and large customer base.

“Last quarter we announced our strategy to drive innovation and widespread adoption for in-flight wireless connectivity through our Airborne LTE Operations (ALO) initiative, a new service to simplify certification and connectivity of wireless drones,” Mike Lanman, senior vice president of enterprise products and IoT at Verizon, said in a statement. “This acquisition is a natural progression of our core focus on operating in innovative, high-growth markets, leveraging our network, scale, fleet management, device management, data analytics and security enablement capabilities and services to simplify the drone industry and help support the adoption of IoT.”

“Drones are becoming an essential tool for improving business processes at large companies, but scalability has been a challenge,” Jonathan Evans, the founder and CEO of Skyward, said in a statement. “Skyward’s drone operations management platform combined with Verizon’s network, reliability, scale and expertise in delivering enterprise solutions will allow organizations to efficiently and safely scale drones across multiple divisions and hundreds of use cases.”

Verizon Ventures, which is Verizon’s venture capital division, earlier brought Skyward in as a portfolio company and was the first wireless service provider to join the Small UAV (Unmanned Aerial Vehicles) Coalition, an industry trade group, according to Verizon.

Verizon has been active in other drone initiatives as well in recent months. In October 2016, Verizon announced a series of experiments it has been conducting to see how drones could be used in emergencies to fly LTE telecommunications cells into the skies to repair cellular networks that are damaged by storms and other disasters.

The Airborne LTE Operations initiative, which has been undergoing tests for more than two years, conducted several controlled trials in New Jersey from Oct. 5-6 using large 300-pound drones with 17-foot wingspans to carry LTE cellular equipment into the skies, according to the company. The tests were aimed at learning about how such unmanned drones could be used to create an in-flight cellular network to replace traditional network gear that might be damaged in storms.

Such a system could be a huge boon to emergency workers when hurricanes, floods, tornadoes and other severe weather events knock out cellular phone services in local communities. By bringing in LTE-filled drones, mobile carriers could restore cellular services where needed.