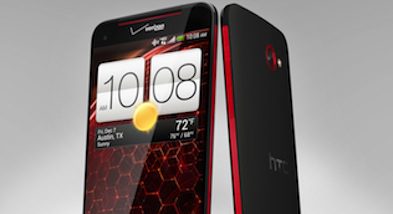 The very excellent Droid DNA by HTC has not been without its bugs and hassles. But soon, for the first time since Verizon Wireless began selling the smartphone, users will have the option of updating the software—and ditching those bugs.

That said, users shouldn’t get their hopes too high and expect that the long-coming update will actually offer the very latest version of Android. And never mind Android version 4.2.1—Android Authority says to not even cross any fingers for 4.1.2.

Verizon, on a support page, said that it’s pleased to announce the update, and that with HTC it encourages users to download the new software—just not yet. “Coming Soon!” says the site, with little additional information, aside from advising users that, before downloading, they should make sure the device has a strong cellular or WiFi signal and a fully charged battery.

The Droid DNA features a 5-inch display that was the first with a 1080p HD super LCD 3 display with Corning Gorilla Glass 2. It’s an undeniably gorgeous, attention-grabbing display that makes taking and viewing photos and videos a real pleasure.

It also includes Long Term Evolution (LTE) capabilities, a quad-core processor and a design that makes it friendly in the hand and smaller-looking than is the case.

Still, the DNA arrived in an incredibly crowded and competitive market, aggressively dominated by Android-backer Samsung. Even with help from the also well-liked One X in the United States, the DNA wasn’t enough to keep HTC’s earnings in line with Wall Street’s expectations. On Jan. 8, the phone maker announced fourth-quarter 2012 revenue of about $21 million, which was well below expectations.

During an early February conference call, HTC executives shared that January sales, too, were disappointing, and revenue for its 2013 first quarter would be below that of its 2012 first quarter.

The company said that it is hustling a new smartphone, called the M7, to market, and has high hopes for it.

“We feel very strong about this flagship product, and we received very strong feedback from our operator and channel partners,” HTC CFO Chialin Chang said during the call.