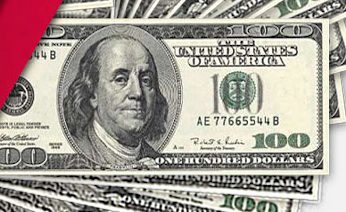 Virgin Mobile is trying to make itself heard over all the talking that T-Mobile, its reinvigorated and slightly larger rival, has been doing of late.

T-Mobile’s very untraditional CEO, John Legere, has been repositioning T-Mobile as the “un-carrier” and marketing a new way of selling devices that he says does away with all that’s unclear and frustrating about wireless carriers. T-Mobile is also aggressively going after what Legere calls the “value market” and, helped by its in-the-works acquisition of MetroPCS, has been successfully growing its share of the prepaid market.

All of which has it stepping on Virgin Mobile’s toes.

Switch to Virgin from T-Mobile before May 31 and, after your first month’s payment, a service credit will be applied to the account within 30 days, says the fine print on the carrier’s site.

Legere, during a March 26 New York City event to, among other things, clarify its new data plans, said buying the iPhone 5 with a $50 monthly data plan from T-Mobile would save a customer more than $1,000 over two years, as opposed to a comparable plan on AT&T.

Virgin Mobile is now advertising that it offers 2.5GB of high-speed data for $55 a month, compared with T-Mobile’s $60 a month. Further, the speed that one is slowed down to after passing those 2.5GB is 3G on Virgin Mobile but 2G on T-Mobile. Plus, there’s that come-on-over Benjamin, making for a two-year savings grand total of $220.

If you’re inclined to buy the Galaxy S II—despite the Galaxy S 4 having already been introduced—Virgin says it can save you another $114, making for an overall savings of $334 over two years.

Not the most compelling offer, but it’s something.

“With the phones customers want, unlimited data and messaging included on all plans, and now 4G LTE-capable devices, we continue to provoke customers to ask themselves why they haven’t switched from postpaid to a better deal with Virgin Mobile,” Mark Lederman, director of Virgin Mobile USA, said in a statement introducing the victory.

But Legere has repeated that T-Mobile plans to get feistier in the ways that, “all in fun,” it goes after its competitors.

At the New York event, showing off a new commercial in which one cowboy has a change of heart and decides to break away from a pack of four bad guys, Legere told the audience, grinning, “That nasty guy on the end is Sprint, you’ve got to know that, right?”