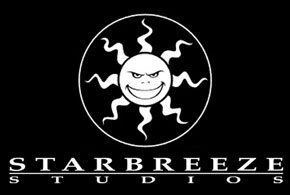 Through the transaction, Starbreeze, a Stockholm, Sweden-based independent creator, publisher and distributor of VR entertainment content and hardware, will add Nozon’s expertise in immersive virtual reality through its products including PresenZ, which allows for interactive parallax in VR to give viewers more sensations of movement as part of their viewing. The deal was announced on Oct. 25. Interactive parallax is a technique to enhance viewers’ perception of perspective and view depth, adding to the immersive feeling, the company said.

The underlying technology could be used in the future, he said, to provide virtual tours of a wide range of real-world sites, and to “potentially use computer graphic assets from a blockbuster Hollywood movie to create a cinematic VR experience,” he said.

Nozon has been creating computer graphics and complex visual effects for clients since 1998.

In May, Acer announced that it will help design, build, market and promote the upcoming StarVR headset, along with Starbreeze Entertainment, for use in theme parks and the entertainment industry, under a joint-venture agreement between the two companies. The agreement focuses on developing the StarVR, a head-mounted display that Starbreeze has been planning for more than a year to bring VR experiences to a wide range of customers in dedicated VR entertainment facilities around the world, according to a recent eWEEK story.

Also in May, Starbreeze announced a partnership with Google and selected IMAX theaters, shopping centers, tourist attractions and other locations to bring VR experiences to more people. The IMAX VR initiative is being pursued by IMAX as a partnership to launch the company more deeply into an immersive VR experience for its customers. Under the deal, Google and Starbreeze will work with IMAX to develop a cinema-grade IMAX VR camera that will enable today’s leading filmmakers and content developers to create and deliver the best-possible 3D 360-degree VR experiences.

Starbreeze has been showing early designs of the planned product at gaming events over the last 18 months, since the company acquired the French company Infinite Eye, which originally created the StarVR HMD concept, according to Starbreeze, which acquired Infinite Eye’s engineering team under that deal.

Starbreeze broadened its VR headset strategy in January when the company announced that it is also pursuing its StarCade initiative, which aims to create and build interactive virtual-reality entertainment centers where customers can go to immerse themselves into premium VR experiences.

Starbreeze first showed off its StarVR plans by demonstrating it at the Electronic Entertainment Expo (E3) in June 2015, according to the company.