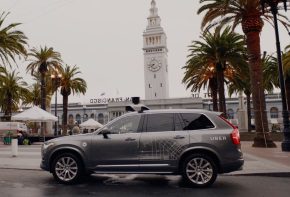 In a 28-page lawsuit filed in federal court in San Francisco this week, Waymo accused Uber of trade secret misappropriation, patent infringement, and unfair competition pertaining to LIDAR, a laser based technology designed to let self-driving vehicles “see” traffic, pedestrians and other obstacles.

Waymo’s complaint alleges that Anthony Levandowski, a former manager at the company, illegally downloaded some 14,000 proprietary and confidential files pertaining to LIDAR shortly before he left Waymo to establish a self-driving truck company of his own called Otto.

Uber acquired Otto for $680 million in 2016. Since then, Uber has been using the illegally obtained Waymo information to build competing LIDAR technology for a self-driving vehicle initiative of its own, the lawsuit said.

According to Waymo, the information that Levandowski misappropriated included critical LIDAR circuit boards, which Waymo had spent multiple years and hundreds of millions of dollars developing. The information has allowed Uber to take massive shortcuts and build a LIDAR capability in just nine months, Waymo’s suit alleged.

Levandowski took “extraordinary efforts” to access Waymo’s design servers for the information and then took equally elaborate measures to conceal his illegitimate activity.

In addition, several Waymo employees who quit the company to join Levandowski also illegally downloaded supplier lists and the other highly technical information, which Uber is now benefiting from.

“While Waymo developed its custom LIDAR systems with sustained effort over many years, Defendants leveraged stolen information to shortcut the process,” the complaint noted.

Waymo wants the court to prevent Uber from further using its allegedly proprietary information and order a jury trail in the matter to decide what sort of damages it should be awarded.

In a statement, Uber downplayed Waymo’s claims. “We are incredibly proud of the progress that our team has made,” the company said. The statement noted that Uber had reviewed Waymo’s claims and found them to be a “baseless attempt” to slow Uber down. “We look forward to vigorously defending against them in court,” the statement read. “In the meantime, we will continue our hard work to bring self-driving benefits to the world.”

The lawsuit underscores the tensions brought about by the growing rivalry between Uber and Waymo, which used to be part of Google before the Alphabet reorganization.

Google is an investor in Uber and at one time the two companies were relatively close with each other.  However, that relationship has been under strain for sometime now amid reports about Google—now Waymo’s—plans to enter the ridesharing market and Uber’s plans to boost its own fortunes in the market via a fleet of self-driving vehicles.

In 2015, Uber announced it would work with researchers at Carnegie Mellon University to build self-driving vehicle technology. Last year, the company beat Waymo to market, when it began testing a fleet of self-driving ride-share vehicles in Pittsburgh. Those tests have now been expanded to other cities, while Waymo has only just began doing similar tests of its own.