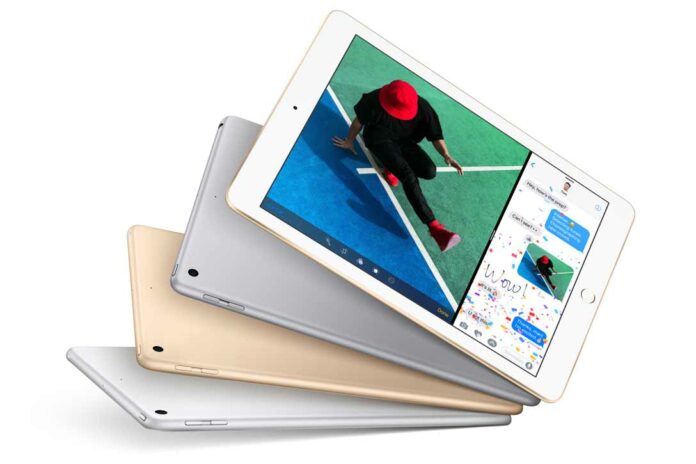 Those of us who spend their time and brain power trying to discern when Apple is going to release a new product will find satisfaction in the fact that the company really did release a new iPad in March.

The fact that Apple didn’t release a new iPad Pro is only slightly disappointing. Instead Apple introduced a replacement for the very old iPad Air 2.

Putting our prognostication into perspective, however, is the fact that we guessed wrong on the name, despite our valiant efforts. . While the new iPad is indeed an upgrade, it’s not called the iPad Air 3. Instead it’s just an iPad with no other name.

That doesn’t mean there won’t be a new iPad Pro, however, because there certainly will be. It just didn’t come out in March. There are, however, rumors that the new Pro will come out in April. Or maybe May. Or possibly June. Or potentially September.

The new iPad is a nice if not massive upgrade. On the other hand, Apple did something that is exceedingly rare for the company. It reduced the price significantly over what it was charging for its predecessor. The new iPad starts at $329.00.

This 2017 version of the iPad is noticeably faster than its predecessor, and the screen is brighter. It’s powered by an A9 processor with an embedded M9 motion coprocessor. The minimum configuration now includes 32 GB of storage, a smart upgrade from the paltry 16 GB of its predecessors. You can also buy a 128 GB version, and the iPad is also available with cellular radios in addition to WiFi.

But when I took the new version out of its box, the feel was, well, routine. The new version of the iPad is exactly the same size and weight of the old one. When you turn the tablet on it has the same screen resolution. But things are better inside, and this time the iPad will support Apple Pay.

However, as nice as the new iPad is, it’s not the iPad Pro. Predicting when Apple will introduce the long-expected update to the Pro line has been an ongoing effort for Apple observers, and so far there’s been pretty thin evidence.

But there are some signs that the next iPad Pro may be about to show up, perhaps before the end of April. Analyst Rhoda Alexander from IHS Markit is reporting that Apple’s supply chain is gearing up for the much-anticipated 10.5-inch iPad Pro.

She’s also stated in interviews as saying that at least limited production of that iPad has already begun.

Analyst Ming-Chi Kuo from KGI Securities is also sticking to statements that he expects Apple to release the iPad Pro in the spring of 2017.

The available evidence suggests that the next iPad Apple will introduce will be the 10.5-inch version. However, this iPad will have the same size chassis as the existing 9.7-inch iPad Pro, but with much smaller bezels to allow for the larger screen. These analysts are also expecting a new 12.9-inch iPad Pro.

Adding weight to the evidence for the imminent release of an updated iPad Pro is the recent release of a series of 15-second commercials based on Twitter comments by computer users. These commercials are fast, witty and extoll the virtues of the iPad Pro. Considering that the original iPad Pro was released more than a year ago, it seems likely that the timing is intended to whet the viewer’s appetite for a new iPad Pro.

There’s also a video of the iPad Pro 2 that’s been uploaded to YouTube that seems convincing, although the source is not Apple and there’s no reason to believe Apple had anything to do with it. On the other hand, it gives a good look at what a 10.5-inch iPad would look like. At the very least it’s entertaining.

The fact that there doesn’t appear to be any major announcement coming from Apple is no longer a reason to dismiss the advent of a new iPad. The replacement for the iPad Air 2 simply started shipping in late March with little more than a press release. The new iPads just replaced the old ones in stores.

While Apple’s World Wide Developers Conference scheduled to start on June 5, any announcements at WWDC have been software related in the past. This means that you’re certain to hear about iOS 11, but unlikely to hear about any hardware, including a new iPad.

Looking at the way Apple has apparently started introducing their tablets, it seems reasonable to expect to see a new one shipped every couple of months during the summer, culminating in a new iPhone announcement in September.