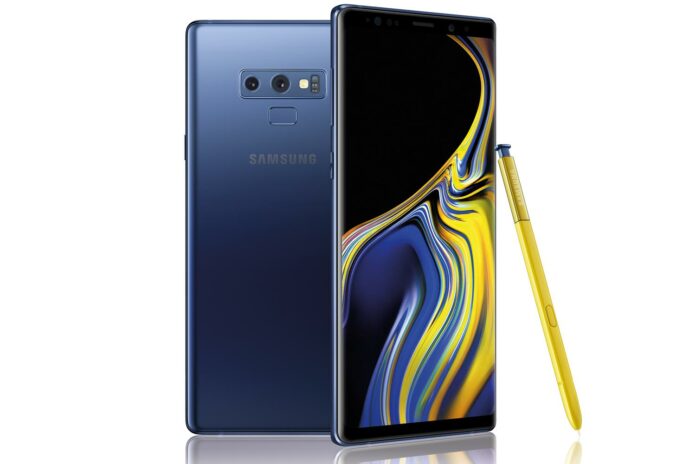 We suspect that it’s taken a lot of older-school smartphone users a long while to get used to the idea of using a stylus, or “pen,” when deploying their devices. We’re just too used to swiping, typing and navigating with our relatively fat fingers and thumbs, and it’s hard to change old habits.

Samsung Galaxy Note phones have included styli for several phone editions, including its latest and greatest, the Note 9, which comes with the yellow S pen. Once you get used to using it, the pen becomes a truly important part of the user experience, or UX, as it’s commonly called. A bonus is that the integrated S Pen stylus includes Bluetooth Low-Energy connectivity to add a wider range of on-screen presentation and creativity capabilities.

It’s easy to use, because a pointer dot image appears on the screen just below the stylus tip, so you always know exactly where the tip is on the screen. That way, navigation with the stylus is always easy.

You can do things like take pictures with the pen, like a remote control, when the camera is nearby. But the efficiency of the S pen is only one good reason the Note series of phones is a highly recommended smartphone for business use.

Here are some other reasons the Galaxy Notes have been building a business following: The Note 9 display has been bumped up from 6.3 inches to 6.4 inches—and that one-tenth of an inch is indeed noticeable. You also can order it with a whopping 512GB of storage, way up from 256GB in the Note 8. That means a lot more room for presentations, images, videos, customer contacts; basically anything you need to put on a laptop to do your job, you can also load onto your phone as backup in case something happens to your laptop.

Samsung also included a larger, more powerful 4,000mAh battery, which claims all-day battery life compared to the 3,300mAh that the Note 8 has inside. Even though it seems as though a +700mAh addition isn’t that much, this is a huge improvement. I’ve tested the Note 9 for seven weeks, and I’ve never had to recharge the battery during the day—it only gets plugged in overnight. Can’t say that for any other phone I’ve tested.

The larger display on the Note 9 is another Super AMOLED Quad HD+ model, with 2960 x 1440 resolution and 551 ppi. The updated rear camera now adds dual aperture lenses to the previous dual 12-megapixel camera configuration. The Note 9 has the same 8-megapixel front camera that was included in the Note 8, and it is a darn good camera.

A feature I particularly like is to be able to increase the audio volume from the right side of the actual image after shooting a video. Smartphones are notorious for not being able to pick up voices very well at more than six or seven feet away; with the Note 9, you can simply touch the right side of the image, and a slider suddenly appears, enabling you to turn up the sound. Nice feature.

The Note 9 also has a more powerful 64-bit eight-core processor along with 6GB of LPDDR4 memory for the 128GB model and 8GB of memory for the 512GB model. It also boasts a new Intelligent Scan feature that lets users unlock the device using both its iris and facial scanning. The Note 9 features existing iris, fingerprint and facial recognition authentication methods.

While not ready for 5G, the Note 9 does claim faster LTE wireless network connectivity than previous Notes. I couldn’t tell a lot of difference, personally, but usership varies.

The Note 9 now runs the Android 8.1 operating system, compared to the Note 8’s Android 7.1. It can also be connected to an external desktop monitor using an optional HDMI connector and the Note 9’s Samsung DeX desktop feature, which allows users to do their work on a larger screen. We’ll talk about Dex is a subsequent article.

Pricing for the 128GB Note 9 isn’t inexpensive at $1,000; the 512GB model goes for $1,250. The 128GB model is available from Verizon Wireless, AT&T, Sprint, T-Mobile, U.S. Cellular and Xfinity. Unlocked versions can be obtained directly from Samsung. The 128GB models will also be available from Amazon, Best Buy, Costco, Sam’s Club, Straight Talk Wireless, Target and Walmart as well as Samsung.com and the ShopSamsung app.