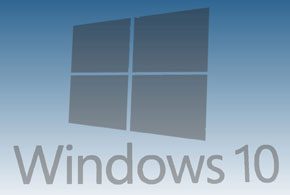 Weeks before Windows 10’s official release, Microsoft has pushed out another test build (number 10158) that allows its virtual assistant to access—and act upon—Office content. “With this build, you’ll be able to try out the Cortana integration with Office 365 if your company is opted into First Release for Office 365,” announced Microsoft General Manager Gabriel Aul in a June 29 statement.

“Cortana gets even better with a connection to Office 365, which enhances Cortana’s ability to help you prepare for meetings, learn about the people you work with, and remind you where you need to be next so you won’t be late,” continued Aul. Administrators who would rather not link Cortana to Office 365 can opt-out using the product administrator portal.

According to Microsoft, the integration imbues Cortana with some Delve-like capabilities. Office Delve is Microsoft’s people-centric, context-aware search and content-discovery application.

“Through Office 365, Cortana can pull together insights to help you be more connected—like how you and your colleagues are connected to each other, documents you share and your upcoming meetings with them,” the Office 365 Team wrote in a company blog posting. “Cortana will even deliver reminders when that important person contacts you.”

Windows 10 testers will also notice that Microsoft Edge, the new default browser for Windows, is now branded as such. Other new features include a Home button, a bookmark import function, password management capabilities and a dark theme.

App notifications have been tweaked, allowing longtime desktop to glance down for familiar alerts.

“On the Taskbar, when an app needs your attention, it will now flash in orange. And when you download something or move files around in File Explorer, the progress animation in the Taskbar has been changed back to green and back to animating horizontally,” he added.

An updated Photo app includes performance and reliability improvements, as well as support for animated GIFs. Microsoft’s screen-capturing Snipping Tool now offers the option of up to a five-second delay, enabling users to capture pop-up menus and other near-future UI events.

For developers, Microsoft is bringing the release of the Windows 10 software development kit (SDK) in closer alignment with its corresponding build on June 30. “Our goal is to match each OS flight delivered to Windows Insiders in the Fast ring,” he said. “However, there may be times where we have an OS flight without an SDK release.”

A matching version of the Windows 10 Mobile emulator will join the SDK, announced Aul. “With both the latest SDK and emulator, your apps can access the latest Windows capabilities and APIs in the newest builds.”