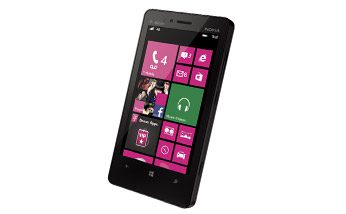 A new forecast from Canalys may give the Finnish maker of Windows-based smartphones reason to be optimistic about its partnership with Microsoft. Although Windows Phone commands only a sliver of the smartphone market at present, things will change radically in a couple of years.

According to the analyst group, Windows Phone shipments will grow to 12.7 percent of the market in 2017 from just 2.4 percent in 2012. Apple, whose iPhone accounted for 19.5 percent of global smartphone shipments last year, will dip to a 14.1 percent share in 2017.

In a statement, Canalys analyst Jessica Kwee noted that like Android, Windows Phone lends itself to the rising popularity of low-cost, yet full-featured smartphones. “The scalability of Microsoft’s platform will be critical to its success, and it has made progress here by enabling Huawei and Nokia to deliver Windows Phone products at aggressive price points,” she stated in company remarks.

That bodes well for Microsoft’s top smartphone partner. “Nokia is the most active vendor in the Microsoft camp, and it continues to make steady progress with its Lumia portfolio. It has had some major carrier wins recently in the two largest markets of China and the U.S., which will help it build momentum in the short term,” added Kwee.

These factors will help Microsoft catch up to Apple in the mobile race. “Apple’s growth will be curtailed by the fact that momentum in the smart phone market is coming from the low end, and Apple is absent from this segment,” said Jessica Kwee.

Android, however, will eclipse them both.

Canalys expects that over a billion of the smartphones that ship in 2017 will be based on Google’s mobile operating system, accounting for 67.1 percent of the market. By comparison, 470 million Android smartphones shipped in 2012.

Last month, IDC noticed the first signs that Microsoft’s mobile efforts were starting to pay off. During the first quarter of 2013, Windows Phone beat BlackBerry in smartphone shipments, earning the software maker third place, behind Android and iOS. “Windows Phone claiming the third spot is a first and helps validate the direction taken by Microsoft and key partner Nokia,” noted IDC senior research analyst Kevin Restivo in a May 16 statement.

Despite the achievement, Restivo warned that Microsoft and its partners will need to work at keeping the momentum going. “Given the relatively low volume generated, the Windows Phone camp will need to show further gains to solidify its status as an alternative to Android or iOS,” he added.

In total, Canalys forecasts that 1.5 billion smartphones will ship worldwide in 2017. Leading up to that year, the smartphone market will show a compound annual growth rate of 18 percent, due largely to dropping prices. “The price of smart phones has fallen dramatically over the last few years and this has helped increase penetration,” Chris Jones, Canalys principal analyst, said in a statement.