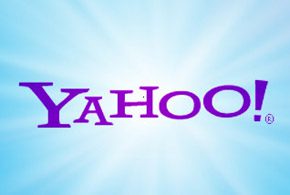 Yahoo is auctioning off some 3,000 of its technology patents, even as it continues to review bids to sell off its key Web businesses, as the search company apparently works to find a new identity in the marketplace.

The patent auction, expected to bring in as much as $1 billion for the company, has been accepting bids for several weeks and is approaching a mid-June deadline, according to a June 7 article by The Wall Street Journal. The auction was revealed to the paper by unnamed sources who are familiar with the situation.

“In recent weeks, the Internet company sent letters to a range of potential buyers for the patents, which date back to Yahoo’s initial public offering in 1996 and include its original search technology, one of the people said,” according to the story.

The auction was confirmed by a Yahoo spokeswoman who said it involved some 3,000 patents and pending patent applications, the article said. For potential bidders, the Yahoo patent auction “represents a unique opportunity for companies operating in the Internet industry to acquire some of the most pioneering and foundational patents related to Web search and advertising,” the spokeswoman said in a statement.

Yahoo began preparing for the patent auction in April, when it placed 2,659 patents in a separate subsidiary called Excalibur IP LLC, based on a filing with the U.S. Patent and Trademark Office, The Journal reported. The selected patents involve search, e-commerce and online advertising. A smaller group of patents, including about 500 U.S. patents and more than 600 pending U.S. applications, are being offered for auction as part of the proceedings involving Yahoo’s core Internet business, the article reported.

Since February, Yahoo has been working to secure bids for parts of its business, including its core Web holdings. The second round of bidding in that process occurred earlier in June, when the apparent leading bidder, Verizon Communications, reportedly placed a $3 billion bid for those assets as it continues its pursuit of Yahoo’s 1 billion Web users, according to a recent eWEEK story. Yahoo has been looking to sell off some of its assets to streamline its operations.

In April, Verizon was named as a very interested bidder for Yahoo, as other potential bidders, including AT&T and Comcast, dropped out of the competition.

In February, reports indicated that Tim Armstrong, CEO of AOL, which Verizon owns, was leading Verizon’s interest in exploring a possible bid for Yahoo. Verizon’s fascination with Yahoo centers on the 1 billion people who use its email, finance, sports and video services; its broad online content offerings; and its heavy Web traffic. The wireless carrier, which already has about 112 million subscribers, would like to combine the businesses to grow its audience for the wide range of services that it offers.

Yahoo has been having a tough time in recent years. In February, the company announced that it is cutting about 1,700 workers, or about 15 percent of its workforce of 11,000 full-time employees, as it works to scale back its operations and business units to cut costs. Yahoo was founded in January 1994 as Jerry Yang and David Filo’s Guide to the World Wide Web, and then renamed Yahoo a year later.

Yahoo’s board launched an auction of its core business in February after it put aside plans to spin off its stake in Chinese e-commerce giant Alibaba Group Holding Ltd., according to an earlier eWEEK report. That $30 billion part of the Chinese retail giant was a deal engineered by Yang a decade ago and today serves as one of Yahoo’s biggest assets. The company also owns a major stake in Yahoo Japan.

The bidding rounds for Yahoo’s Internet business have been ongoing since April, with Verizon Communications still appearing to be the lead bidder in the battle for the company.

Marissa Mayer, who took the helm at Yahoo in July 2012, has made many changes at the company—from banning employees in February 2013 from working from home to shuttering the AltaVista search engine in July 2013. Mayer was hired as Yahoo’s CEO and president after an embarrassing and distracting string of three CEOs came and went in a seven-month span.

Mayer was brought in to put Yahoo back on track as a leading, growing and stable Internet company. She came from Google, where she was one of that company’s first 20 hires in June 1999 and was the company’s first female developer when it was just getting started.

In May, it was reported that the second-round auction bid estimates for Yahoo were expected to come in at $2 billion to $3 billion, which was much lower than earlier estimates of $4 billion to $8 billion, according to an earlier eWEEK story.

If the bids don’t meet Yahoo’s expectations, the company could choose to drop its planned sale and reorganize itself.