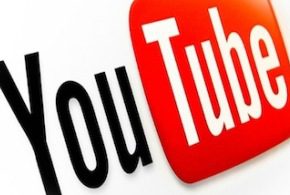 The new features were unveiled in an April 18 post by Neal Mohan, YouTube’s chief product officer, on The YouTube Blog.

With the new live streaming capabilities, content creators will now be able to add new features to their events from around the world, according to YouTube.

“And after years of live streaming Coachella for fans around the world who can’t attend the festival, this year we’re bringing you the festival like never before by live streaming select artist performances in 360 degrees this weekend,” wrote Mohan.

In addition, the new spatial audio services are available immediately for on-demand YouTube videos, which will give viewers a whole new way to hear the content they are seeing with their eyes, the post continued. Spatial audio provides a deeper immersive experience for viewers, giving them increased sound depth, distance and intensity at the same time.

YouTube said it has been working with companies such as VideoStitch and Two Big Ears to make their software compatible with 360-degree live streams or spatial audio on YouTube, with more to come, wrote Mohan.

“We’ll also make 360-degree live streaming and spatial audio technologies available at all YouTube Space locations around the globe, so you can take it for a spin,” wrote Mohan.

Through 360-degree storytelling, “students can now experience news events in the classroom as they unfold,” wrote Mohan. “Travelers can experience faraway sites and explorers can deep-sea dive, all without the physical constraints of the real world. And today’s kids dreaming of going to a basketball game or a concert can access those experiences firsthand, even if they’re far away from the court. What were once limited experiences are now available to anyone, anywhere, at any time.”

Rumors of YouTube’s interest in live streaming 360-degree video surfaced in March, according to an earlier eWEEK story. At the time, the company was reportedly in talks with manufacturers of 360-degree cameras to find out how to bring fully immersive live broadcasts to YouTube.

Immersive videos are basically seamless composites of video recorded from all 360 degrees of a particular scene using a specialized camera system. Users can watch the spherical images generated by these cameras on mobile devices or desktop systems. The main appeal of such videos is that they allow the viewer to pan 360 degrees and tilt up or down to get the same views of a scene that they would have if they were actually physically present at a location.

In March 2015, when YouTube announced support for 360-degree video uploads, the company said it was working with several camera manufacturers across the industry to enable easier uploads of immersive video on its platform.