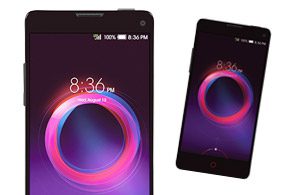 ZTE USA will offer consumers an unlocked version of its Nubia 5S Mini LTE smartphone through Amazon.com for $279.99 starting on Aug. 27. It is available for preorder immediately.

The China-based company unveiled the availability of the new phone in an Aug. 20 announcement from its Richardson, Texas-based U.S. division.

“Selling the Nubia 5S Mini LTE unlocked, direct to consumers shows ZTE has faith in its products and is capable of delivering LTE devices and consumer-focused innovation in the U.S.,” Lixin Cheng, chairman and CEO of ZTE USA, said in a statement. “Offering an unlocked Android phone via Amazon addresses consumer demand for alternative devices that deliver more personal value than mainstream brands and don’t tie them to one mobile eco-system.”

The 4.52-ounce device is equipped with a 13-megapixel rear camera with a Konica-Minolta lens, BSI image sensor and LED flash; a 5-megapixel front camera; an F2.2 aperture; a five-piece precision optical lens and HD 720p/30fps video. The phone is available in black or white and measures 5.43 inches tall, 2.71 inches wide and 0.32 inches in thickness.

The camera offers DSLR-like control and photo editing and effects once reserved for third-party apps, in a small and compact device, according to ZTE. The smartphone’s camera software also provides distinctive independent control of focus, light metering and white balance functionality, with three camera modes—Fun, Auto and Pro—for virtually any scenario or user, according to ZTE.

As an unlocked smartphone, carrier and contract restrictions do not apply—roam free and upgrade when you want. For those seeking the most flexibility, wanting to avoid a two-year contract or wanting to upgrade now, the Nubia 5S Mini LTE is a smart choice.

Having an unlocked phone lets consumers shop for a mobile phone service plan that best meets their needs without locking them into any one carrier.

In January, ZTE introduced its ZTE Grand S II smartphone at the 2014 Consumer Electronics Show in Las Vegas, the company’s first smartphone to feature its new voice-control technology, which can make it simpler to take group photos and selfies, and safer to accept or place a call while driving. The ZTE Grand S II includes a 5.5-inch display (1,080 by 1,920) for 401 pixels per inch, a 13-megapixel main camera and a 2.3GHz quad-core processor, and it ships with Android 4.3 Jelly Bean.

Also at CES 2014, ZTE debuted its Eco Mobius phone, a concept device that could —along with Phonebloks and Motorola’s Project Ara—represent the future of smart devices. Instead of upgrading and tossing devices, users may be able to replace just the outdated components, from the RAM to the processor. In the case of the Eco Mobius, those parts were held in place by fixed magnets. Motorola says it already has a prototype.