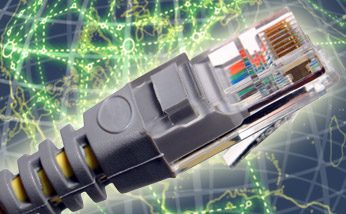 Arista Networks is launching what officials said is the industry’s fastest data center switch that will help enterprises and service providers scale their networks to more than 100,000 servers.

Three years after releasing the 7500 switch, Arista officials are rolling out the 7500E, which offers 10 Gigabit Ethernet, 40GbE and 100GbE ports and significant improvements in bandwidth, power efficiency and number of ports over its predecessor. It can also scale to millions of virtual machines, all of which will enable businesses to run network-intensive cloud, big data, storage and Web 2.0 workloads.

“The real story of the 7500E is that it enables customers to build a universal cloud networking infrastructure for the worldʼs largest data centers that can handle even the most demanding workloads with ease,” Andy Bechtolsheim, founder, chairman and chief development officer for Arista, said in a May 1 post on the company’s blog.

With the growth in such trends as cloud computing, virtualization and big data, enterprises and service providers are demanding networks that not only can run the workloads, but also are flexible, scalable and more easily programmable. Vendors are pushing to meet those demands with faster and denser switches, networking fabrics and software-defined networking (SDN) technologies.

Data center demand is driving growth in an Ethernet switch market that reached $21 billion last year, with 10GbE revenue growing more than 50 percent, according to analysts at Dell’Oro Group. Vendors and industry analysts expect to see demand for 10GbE to continue to ramp while businesses also continue to eye 40GbE and, after that, 100GbE.

Arista officials also noted additions in the company’s EOS networking operating system that bring in more SDN features, including precise traffic monitoring with Arista technologies and wirespeed VXLAN gateways for multi-tenant network virtualization, along with features for faster convergence in big data analytics and Hadoop applications and workload mobility and virtualization in VMware and OpenStack clouds.